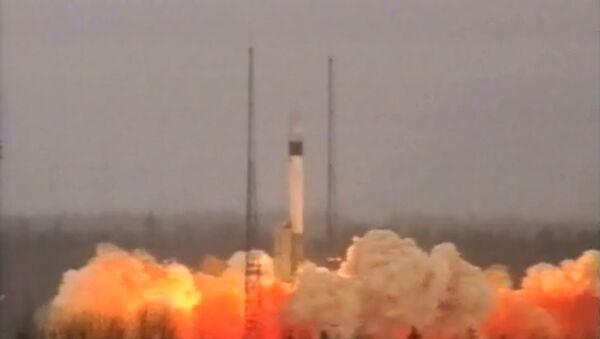 Launches of Rokot carrier rockets may resume in the near future, Commander of Russian Space Forces Lt. Gen. Oleg Ostapenko said on Tuesday.

"Work on resuming the launches is in the final stage and we are working closely with Russian federal space agency Roskosmos. The causes of the Rokot's failure have been identified," Ostapenko said.

A government commission will meet next week to hear reports from the investigators. "After this meeting we will plan our work and send a report to the defense minister," he said.

A Rokot launched on February 1, 2011 failed to put the Geo-IK-2 military satellite it was carrying into the intended orbit. All Rokot launches were suspended pending an investigation into the failure.

The commission blamed the failure on a loss of radio contact caused by a malfunction in the onboard electric power supply.

Meanwhile, Ostapenko said construction of the launch facilities for Angara rockets at the Plesetsk Space Center was on schedule and that the first launch would be in the second half of 2013.

"Everything is going according to schedule, and there are no problems that could postpone the launch," Ostapenko told journalists when asked whether the completion date would be moved back.