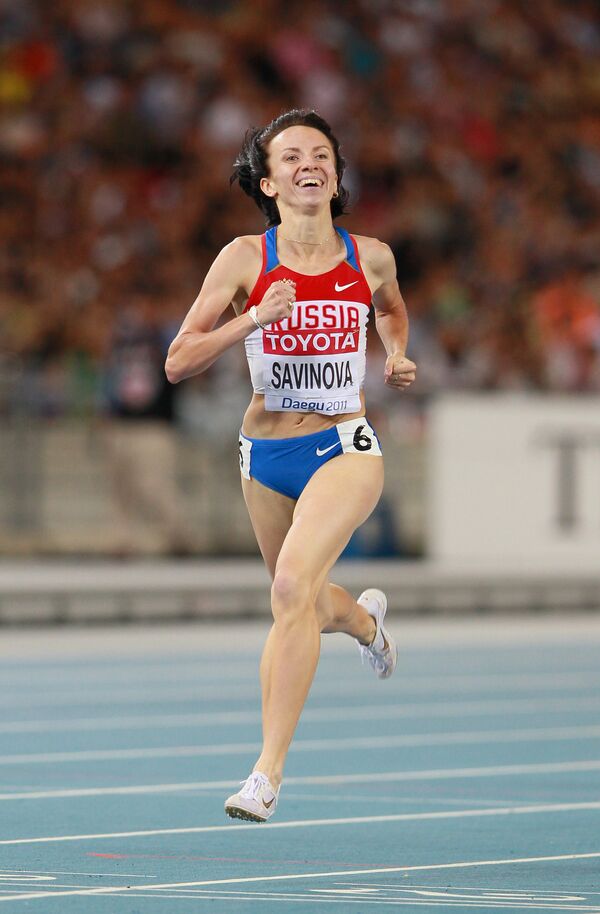 Savinova has dominated the middle distance event this season, beaten only once in her ten outings, with the highlight win for the 26-year-old coming at the world championships in Daegu, South Korea, last month.

Savinova clocked a personal best time of 1:55.87 in an exciting final in which she overtook and held off the reigning champion, South Africa’s Caster Semenya, in the final 50 meters.

She is the fourth Russian woman to receive the honor after sprinter Irina Privalova, middle distance runner Svetlana Masterkova and pole-vaulter Yelena Isinbayeva.

Other big wins for Savinova this season included the Diamond League final in Zurich and at the European team championships in Stockholm, where her victory helped Russia retain its place as the continent’s top nation.

The presentation will take place in Arona, Spain, on October 15. The men’s winner will be announced on Wednesday.