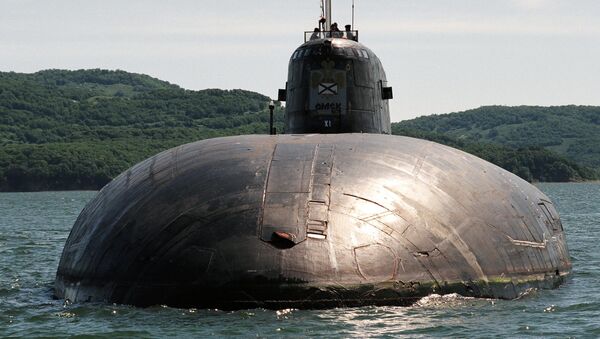 © Sputnik / Vitaliy Ankov
/
Go to the mediabank
Subscribe
International
India
Africa
A high-ranking source in the Russian Defense Ministry has denied rumors of a planned scrapping of Typhoon class strategic submarines in the near future.

A high-ranking source in the Russian Defense Ministry has denied rumors of a planned scrapping of Typhoon class strategic submarines in the near future.

Several media sources reported recently that the Russian military had decided to scrap the world's largest nuclear-powered subs by 2014.

"The Defense Ministry has not made such a decision. The submarines remain in service with the Navy," the official told RIA Novosti on Thursday.

The Typhoon class submarines entered service with the Soviet Navy in the 1980s. Three of the six vessels built are still in use.

The Dmitry Donskoy submarine has been modernized as a test platform for Russia's new Bulava submarine-launched ballistic missile and will remain in this capacity for a long time, the source said.

Two reserve vessels, the Arkhangelsk and the Severstal, are awaiting overhaul at a naval base in Severodvinsk in northern Russia.

"The problem is that they do not have the arsenal of R-39 [SS-N-20 Sturgeon] submarine-launched ballistic missiles anymore, as the production of these missiles in Ukraine stopped in 1991," the source said.

The Typhoon class subs have a maximum displacement of 33,800 tons and were built to carry 20 SS-N-20 SLBMs, all of which have been retired.

Nevertheless, these subs will most likely be modernized to carry new-generation sea-based cruise missiles to match the U.S. Ohio-class submarines.

The Typhoons will be replaced in the future with the new Borey class strategic submarines, which will be equipped with Bulava missiles.