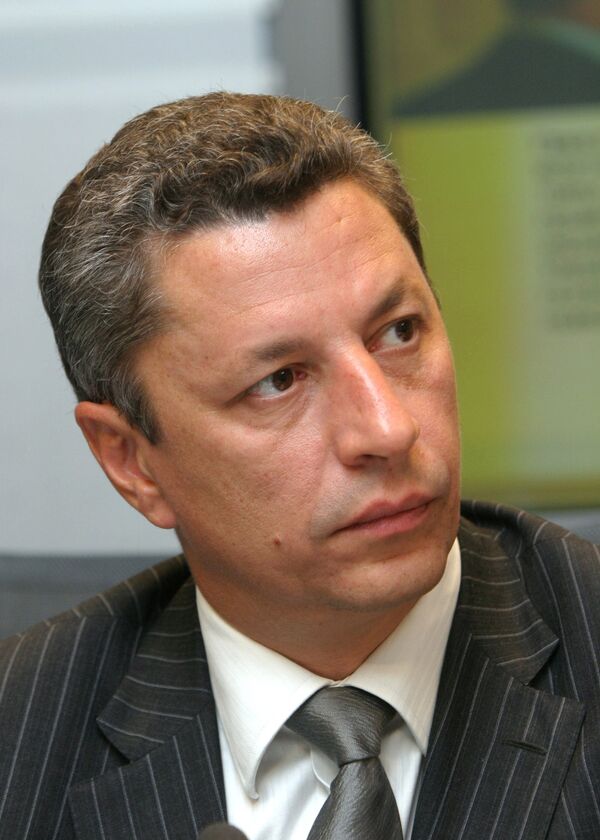 Ukraine is seeking a review of gas deals with Russia, claiming the 2009 contract's gas price formula is unfair. Moscow has tied the price for gas to the international spot price for oil, which rose strongly after that year due to the instability in the Middle East.

Following the meeting, the Ukrainian president's press office said that "considerable progress had been reached during the negotiations" but declined to specify.

Boyko said the Ukrainian delegation was holding gas price talks in Moscow in line with agreements reached by Yanukovych with the Russian leaders.

Ukrainian Prime Minister Mykola Azarov said Kiev hoped to agree a new gas pricing formula with Moscow in October and to start implementing it from 2012.

Kommersant business daily quoted diplomats as saying that following last weekends' talks Moscow gave up the idea of dragging Kiev into the post-Soviet customs bloc of Russia, Kazakhstan and Belarus in return for gas price discounts and was ready to discuss a gas transit consortium with Ukraine and the European Union.