Chechen ex-businessman to be questioned over Politkovskaya murder 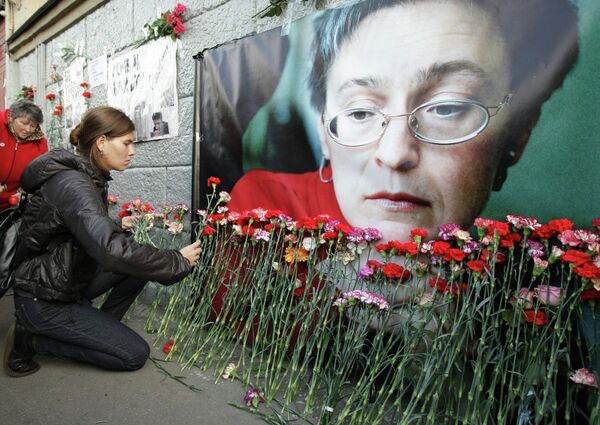 A former Chechen businessman suspected of organizing the murder of campaigning journalist Anna Politkovskaya in 2006 has been brought to Moscow for questioning.

A former Chechen businessman suspected of organizing the murder of campaigning journalist Anna Politkovskaya in 2006 has been brought to Moscow for questioning.

Lom-Ali Gaitukayev is serving a 12-year jail term for attempting to murder a Ukrainian businessman in 2008.

A spokesman for Russia's investigative unit said "the required procedures" will be carried out to establish Gaitukayev's role in 2006 shooting of Politkovskaya in her Moscow apartment building.

Last month, a former senior police officer was named as an organizer of the killing, but the investigation was quickly switched to Gaitukayev, after Lt Col Dmitry Pavlyuchenkov put the blame on the Chechen during questioning.

A lawyer for Dzhabrail Musayev, the brother of the man suspected of pulling the trigger, said there was no evidence to support the claim.

"This man will say whatever the prosecution wants him to in order to save his skin," lawyer Murad Musayev told the online Russian newspaper Gazeta.ru earlier this month.

Anna Politkovskaya was an investigative journalist and Kremlin critic who gained fame for her reports on human rights abuses in Chechnya, a troubled mainly Muslim province in the south of Russia.