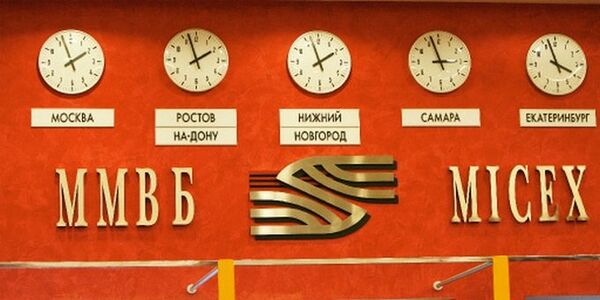 The official exchange rate for tomorrow settlement fell 35 kopecks to 32.46 to the dollar. Against the euro, the ruble lost 8 kopecks to 43.45.

The value of the bi-currency basket, comprising $0.55 and 0.45 euros, fell 6 kopecks to 37.43 rubles at open on Tuesday and continued falling, reaching 37.37 rubles by 11.58 a.m. Moscow time after hitting the upper limit of the floating currency corridor for two consecutive sessions.

Kudrin resigned on Monday after a dispute with President Dmitry Medvedev. He cited disagreements with the president on economic policies, in particular on rising defense spending.

He said he would decline a job in the government that Medvedev is likely to head after Prime Minister Vladimir Putin has said he would reclaim the presidency at March elections.

Foreign investors regarded Kudrin as the man most likely to carry out far-reaching economic reforms in the next government, with Western economists unanimously seeing his departure as negative for the Russian economy. Under Kudrin's stint as finance minister the government paid off most of its substantial foreign debt and created oil wealth funds to soften the blow of the global slump.

The stock market rose despite Kudrin's resignation, as it was more focused on the optimistic news from the world's trading floors.

"His (Kudrin's) departure is a cause for concern to investors. We do not expect any short-term reaction on the markets. For now, they are almost exclusively focused on external events and how these evolve will remain the key driver of asset prices," Troika Dialog said in a daily research note.

Asian markets are on the rebound after a positive equity trading session in the United States and optimism in European countries, which are believed to be closer to the solution of the region's debt crisis.