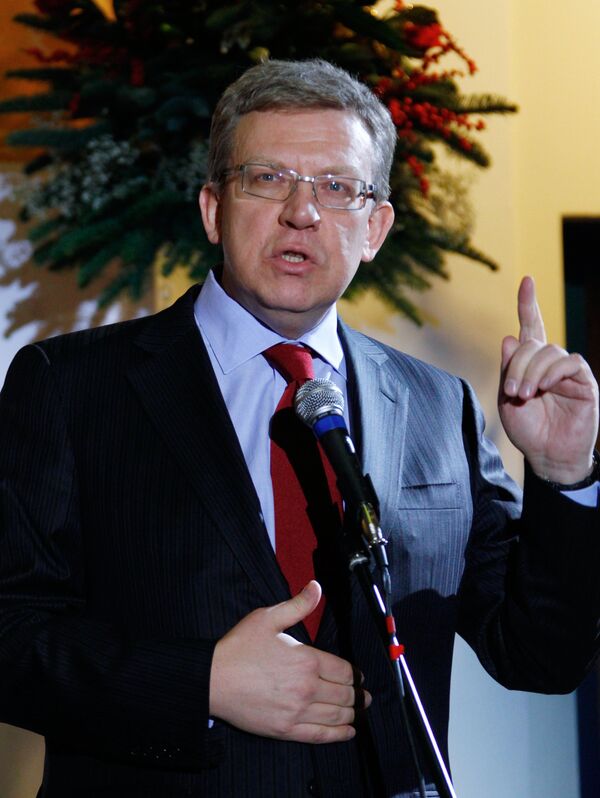 Russian Finance Minister Alexei Kudrin said on Sunday he would decline a job in a future Russian government to be headed by Dmitry Medvedev over disagreements on economic policies.

Russian Finance Minister Alexei Kudrin said on Sunday he would decline a job in a future Russian government to be headed by Dmitry Medvedev over disagreements on economic policies.

"I do not see myself in a new government. The point is not only that no one has offered me the job. I think that the disagreements I have will not allow me to join the government," Kudrin told reporters.

Speaking at the annual congress of the ruling United Russia party on Saturday, Medvedev said he was ready to make way for Prime Minister Vladimir Putin to return to the presidency next March in return for an offer from Putin to form a young and reformist government.

Kudrin, 50, who has served as finance minister since 2000 and under whom the Russian government has paid most of its substantial foreign debt and created oil wealth funds to soften the blow of the global slump, said he had disagreements with Medvedev on economic policies, in particular, on considerable defense expenditures.

At the same time, Kudrin said he expected Putin to pursue reforms more actively, if the prime minister was elected president.

"Putin feels problems very seriously and responds to them. In this sense, I hope that he will also feel what is necessary to be done to raise the potential of economic growth, including the implementation of structural reforms," Kudrin said.