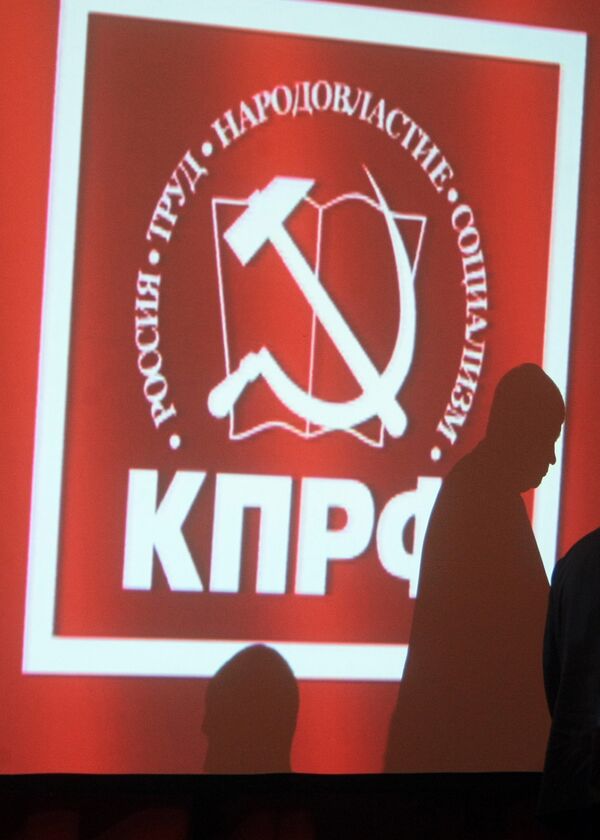 The Russian Communist Party (KPRF) on Saturday approved a list of candidates to contest the December 4 parliamentary elections.

The Russian Communist Party (KPRF) on Saturday approved a list of candidates to contest the December 4 parliamentary elections.

The party voted almost unanimously - 218 votes were cast for the suggestions with only ten votes against. Six ballots were considered invalid.

The party's elections program is focused on agriculture development, nationalization of mineral resources, children and youth problems and revision of Russia's foreign policy.

Earlier in the day, President Dmitry Medvedev has proposed Putin to run for president in next year's election, ending months of speculation over which man would run for the post. In his turn, Putin told the congress that Medvedev should top the party's list of candidates in parliamentary elections on December 4.

Zyuganov said he does not believe that this tandem shuffle will help Putin's United Russia party to get more votes in the parliamentary elections.

"There is nothing new for us. The tandem has no option but to maneuver," he said. "This arrangement was reached some time ago, but now they've decided to voice it. To get more voices by doing this is impossible."

Russian parties can currently only get win if they receive a minimum seven percent of the vote. The government has discussed lowering that limit to five percent.