Center 2011 military exercises to kick off in CSTO member states 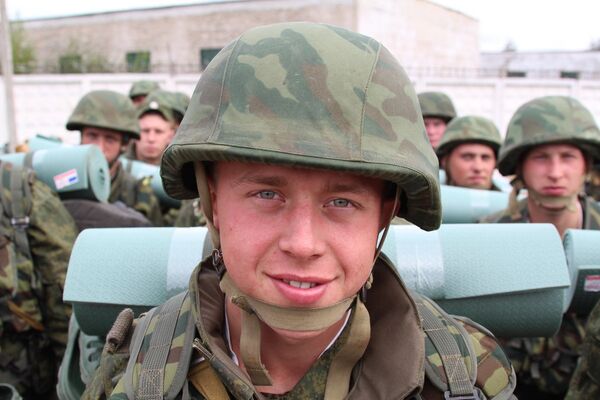 © Photo : The press service of the Central Military District
Subscribe

The drills will be the key indicator of the Russian armed forces' military training level as part of an ongoing military reform. They will involve 12,000 servicemen, 100 tanks, 50 aircraft and ten warships.

The active phase of the drills will last until September 26, the ministry said. The exercises will be summed up on September 27 at the Chebarkul proving ground in the Urals.

The wargame will be held under the leadership of Russian General Staff Chief Army Gen. Nikolai Makarov at seven proving grounds of the CSTO member states. Russian President Dmitry Medvedev will supervise the event.

The CSTO is a regional security organization. Its seven member states are Russia, Armenia, Belarus, Kazakhstan, Kyrgyzstan, Tajikistan and Uzbekistan.