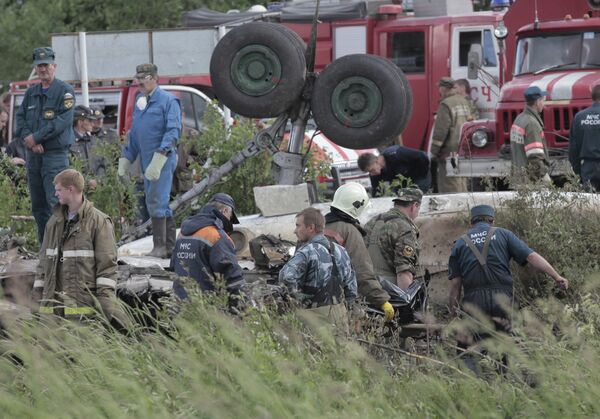 The RusAir Tu-134 crashed just before midnight on June 20 while attempting to land at Petrozavodsk airport in the capital of Russia's Karelia republic, killing 47 and injuring five people.

"It is already known that the navigator of the plane was drunk," Markin said.

In late June, Interstate Aviation Committee (MAK) experts ruled out technical failure as a possible cause of the crash. Pilot error has been identified as the most likely cause of the tragedy.

Earlier this year President Dmitry Medvedev instructed the government to look into the possibility of early retirement of all Tu-134s. The aircraft entered service in the 1960s and the most recent was built in 1984.