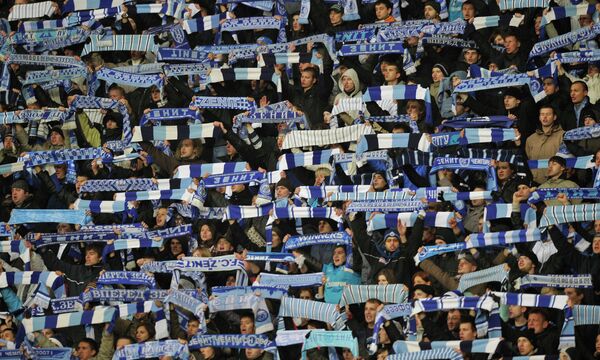 Two goals in two minutes from Apoel Nicosia condemned Zenit St. Petersburg to a 2-1 defeat in Cyprus in their opening 2011/12 Champions League group game on Tuesday.

Zenit – making only their second appearance in the group stage of Europe’s most prestigious club competition - dominated much of the first half, but were unable to turn their possession into goals and the first 45 minutes ended goalless.

Konstantin Zyryanov put Zenit ahead in the 63rd minute, running on to a perfectly weighted pass from Portuguese midfielder Danny to slot home.

But Zenit’s lead lasted a mere ten minutes, Gustavo Manduca latching on to a miskick by team-mate Helio Pinto to sidefoot the ball past keeper Vyacheslav Malafeev.

The 75th minute saw the Cypriots grab the lead, Ailton stunning Zenit after attacking from the left and firing into the net.

Zenit were down to ten men a minute later, Portuguese star Bruno Alves getting his second yellow card of the match for a clumsy challenge.

The Russian champions surged forward in search of an equaliser, but despite hitting the post as time ran out, the hosts held out for the three points.

Zenit’s next Champions League group match is at home to Porto on September 28.