Rebuilding a church at Ground Zero with Red Tape 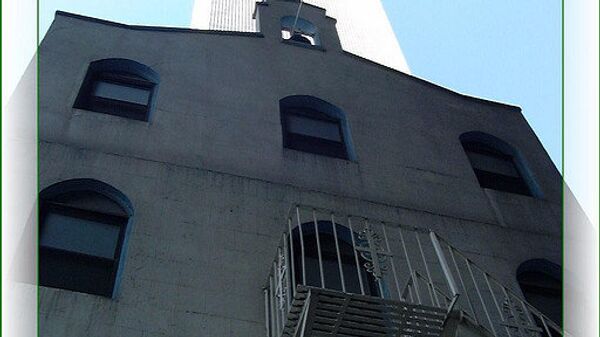 Ten years after it became the only house of worship destroyed by the terrorist attack on New York City, the tiny St. Nicholas Greek Orthodox Church, which used to stand just south of the South Tower, is far from being rebuilt.

Ten years after it became the only house of worship destroyed by the terrorist attack on New York City, the tiny St. Nicholas Greek Orthodox Church, which used to stand just south of the South Tower, is far from being rebuilt. The saga of its on and off reconstruction, which bears a great significance for Orthodox Christians in the United States and elsewhere, also stands as a symbol to the bureaucratic, technical and political difficulties surrounding the construction at Ground Zero.

But the main spokesman of the Greek Orthodox Archdiocese of America expressed his conviction in a telephone interview last week that the community, which has received broad support among other churches and faiths in America, including Jews and Muslims, has amassed enough political pressure to hope for a political decision in the next three months.

“The issue for us is red tape,” said Protopresbyter Mark Arey, the director of inter-Orthodox and ecumenical relations at the Archdiocese. “We are hoping that in the next 60 to 90 days we will have an absolute solution, and we can begin the process of rebuilding the church.”

The history of the church began in 1916, when what later became the site of the Twin Towers was a residential area close to the port of New York. The church was started in an ordinary town house by a group of Greek immigrants who worked in shipping. Thus they dedicated the church to St. Nicholas, who, among his many ministries, is believed to be the patron saint of mariners. The block was eventually razed, except for the church that was rebuilt into a stand-alone building. It received icons as presents from the last Russian Tsar Nicholas II and had relics from the holy sites such as Mount Sinai and Mount Athos.

When the Twin Towers were being built in the 1960s, the development “barely grazed” the church, Arey said, and the community of several dozen families just wouldn’t sell their church despite many offers that they got over the years. “The church was open for everyone and many people in the financial district would pass by the church, light a candle, say a prayer – Orthodox and non-Orthodx,” Rev. Arey said. “And, of course, every Sunday we had the Divine Liturgy.”

All of it was obliterated when the South Tower fell on Sept. 11, 2001. Luckily, there was no one in the church. But only two icons, one of them on paper, were rescued from the rubble. They are now in the Archdiocese waiting for the day they can be returned to a reconstructed church.

That may not happen soon.

Right after the disaster, the Greek Orthodox Archbishop of America, Demetrios, agreed with the then Governor of New York, George Pataki, that the church would be rebuilt on the same site, Arey said. But the institutions were in disarray after the losses of many people, it took years to excavate the site, and in 2006 another agreement came into being, this time between the Port Authority and the Church: St. Nicholas would be rebuilt about 75 meters away from the original location and get a bigger land plot in exchange for the old one. For the next three years, the Church worked closely with the Port Authority designing the new church, until in March 2009, the Port Authority stopped negotiations with the Church without any explanations, Rev. Arey said. “It never gave any reason,” he said.

The press office of the Port Authority of New York and New Jersey said it could not comment on “any matter related to St. Nicholas Church” pending a court decision.

The Church sued the Port Authority in several courts after it began excavations on church land without permission, Rev. Arey said.

Could it be connected to the controversy around the so-called Ground Zero Mosque – a plan to build a Muslim center near the site of the World Trade Center which generated a storm in America last year? Perhaps U.S. authorities just don’t want to see religious shrines on Ground Zero? Arey denies it. He said the debate about the mosque has actually helped the cause of rebuilding the church.