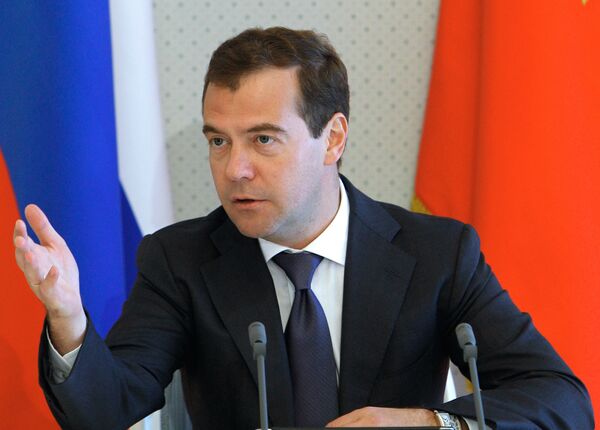 In a letter to congratulate the Democratic People's Republic of Korea (DPRK) on the 63rd anniversary of statehood, Medvedev said Russia and Korea share not only a common border, but also traditions of friendship and cooperation.

"I confirm that Russia is interested in developing mutually beneficial ties with North Korea and in joint efforts to promote peace and stability on the Korean Peninsula and Northeast Asia in general," Medvedev said in a letter of congratulations to Kim.

During Kim Jong-il's recent visit to Russia, the two leaders agreed to set up a commission to study a project to build an export gas pipeline from Russia through North Korea to South Korea.