Sentence for killers of adopted Russian child 'too lenient' 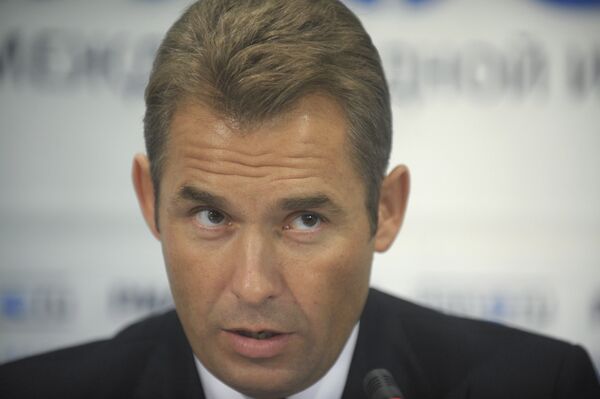 The 20-year custodial sentences handed down to the U.S. couple who killed their adopted Russian son were too light, Russia's child rights ombudsman said on Thursday.

The 20-year custodial sentences handed down to the U.S. couple who killed their adopted Russian son were too light, Russia's child rights ombudsman said on Thursday.

Seven-year-old Nathaniel Craver (Vanya Skorobogatov) died in August 2009 at a hospital in Pennsylvania of multiple head injuries. Doctors discovered more than 80 injuries on the boy's body.

The boy's adoptive parents, Michael and Nanette Craver, who were arrested in February 2010, denied all the charges against them, saying the boy consistently hit himself.

"It is a vile and cowardly to accuse a murdered child of causing his injuries himself," ombudsman Pavel Astakhov said. "There is the death penalty, and if there is no death penalty, there is life imprisonment."

It was earlier reported that Cravers could face the death penalty.

Nathaniel and his twin sister Elizabeth (Dasha) were adopted by the Cravers in 2003.

This is not the first incident of a Russian adopted child being killed by U.S. adoptive parents. Since 1991, a total of 17 adopted Russian children have died worldwide as a result of beatings or negligence, according to official Russian statistics.

Russia also has a serous domestic problem with child abuse, with some 2,000 children murdered every year.