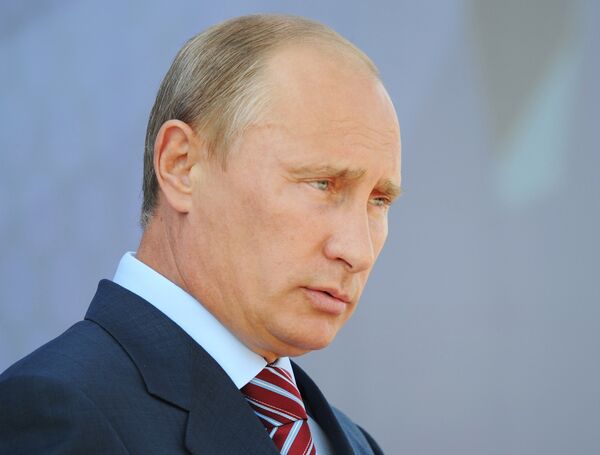 Putin presided over the filling of the pipeline with technical gas which is supposed to fill the pipeline before it starts pumping 27.5 billion cubic meters of gas to Germany, Britain, the Netherlands, France, Denmark and other European states at the start of October.

Putin said the launch of the Nord Stream would deprive Ukraine of its exclusive gas transit rights.

"Ukraine is our old and traditional partner. As any transit country it has the temptation to benefit from its transit position. Now this exclusive right is disappearing. Our relations will become more civilized," Putin told journalists.

Ukraine has been trying to revise a 2009 agreement with Russian gas giant Gazprom which tied the gas price to the price for oil, boosting Kiev's bill. Former prime minister Yulia Tymoshenko is now on trial for signing it, while President Viktor Yanukovych said the deal forced Kiev to overpay $6 billion annually.

Last week, Russian President Dmitry Medvedev said Ukraine might get discounts for gas if it joined the Customs Union between Russia, Belarus and Kazakhstan. But Ukrainian Prime Minister Mykola Azarov said Kiev wanted no discount, but a fair contract. Ukraine is reluctant to become the union's full member because such a deal would rule out signing a free trade agreement with the European Union.

"The volume of exports to non-CIS countries rose 12.7 billion cubic meters, or 14.5 percent year-on-year, in the first eight months. The trend of growing demand persists, we expect to export 155-158 bcm before the end of the year," he told Putin.

The Nord Stream pipeline, which would bypass Ukraine, Belarus, Poland and other transit energy states, is expected to be completed in 2012.