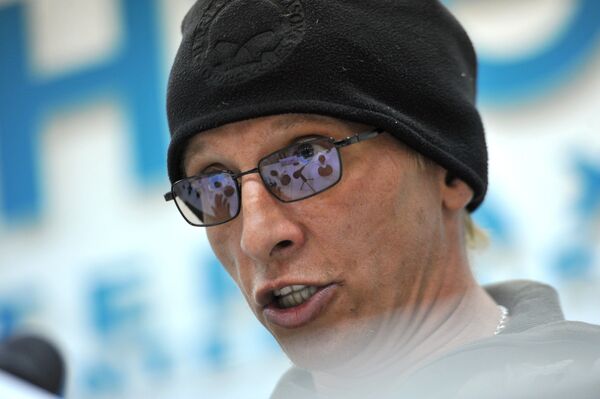 Russian actor and writer Ivan Okhlobystin has announced his intention to run for the presidency next year.

Russian actor and writer Ivan Okhlobystin has announced his intention to run for the presidency next year.

Okhlobystin, a well-known actor, TV personality and ex-Orthodox priest, said he had made the decision after "much consideration."

He is also the creative director of the mobile phone company Euroset.

While it is still unclear which one of Russia's ruling duo will run in the March 2012 elections, communist leader Gennady Zyuganov and ultra-nationalist Liberal Democratic Party head Vladimir Zhirinovsky have both announced bids.

Metals tycoon Mikhail Prokhorov, the head of the Pravoye Delo party, has also hinted he may stand.

President Dmitry Medvedev is widely expected to reveal whether he will run for a second term at a regional meeting of the ruling United Russia party later this month.

There has been increasing speculation that the country's prime minister, Vladimir Putin, who anointed Medvedev as successor in 2008 after two stints as president, may seek to make a return to the Kremlin.