An American radar in Turkey is not a threat for Russia, but it is a risk 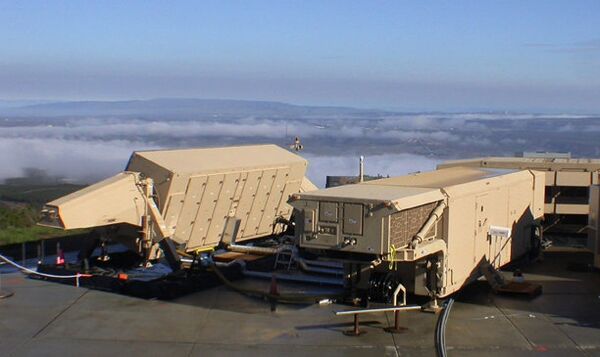 An American radar is going to be installed in Turkey, where it will most likely be used to track missile launches from Iran, but it will not be able to be used against Russian strategic forces.

An American radar is going to be installed in Turkey, where it will most likely be used to track missile launches from Iran, but it will not be able to be used against Russian strategic forces. But the global missile defense system that the United States is currently building still presents a risk to Russia.

One of the radars that are part of the U.S. and NATO anti-missile system will be stationed in Turkey, Selcuk Unal, the official spokesperson for the Turkish Foreign Ministry said on Friday. "The deployment of this anti-missile system in Turkey will be our country's contribution to the defense system that has been developed as part of NATO's new strategy. It will strengthen the defense potential of NATO, as well as that of our national defense system," noted the diplomat.

As far as we can tell at this point, the issue concerns an X-Band AN/TPY-2 radar, which is part of the THAAD system designed to intercept medium-range missiles at very high altitudes, including in space. According to public data, the operating distance of the radar is about 1,000 km.

In addition to using the THAAD launch complex to destroy falling warheads, it can also be used as a kind of remote "observation point" in the current design of the architecture of the new U.S. ballistic missile defense - the so-called Forward-Based Mode. In this case, the radar can be used for the early detection of ballistic missile launches, and for tracking their trajectories.

Whom is it watching?

The proposed location of the radar drastically constricts the circle of "potential adversaries" that threaten the south European arm of the U.S. missile defense. In the Turkish media, the conversation is about southeastern Turkey.

If located in this area, the radar will not be able to work against Russia. First of all, even theoretically, its range reaches only as far as Novorossiysk; secondly, the Caucasus Range and the East Pontic Mountains would interfere with the radar's ability to track the situation above Russia, even if it were situated atop a mountain near Lake Van.

Furthermore, it makes absolutely no sense to track anything related to the launches of Russian strategic missiles, since they are deployed in northwestern and central Russia, and in Siberia; their operational trajectories are northbound, and go above Arctic regions and Greenland.

Most importantly, even in the unlikely scenario that the radar could spot something that it's not supposed to, such as the hypothetical launch of tactical missiles over Abkhazia and South Ossetia in the event of further hostilities to the south of the Caucasus Range, the Americans still would not be able to do anything about it. ABM launchers in Georgia could have accomplished this, but the odds of being able to place them there in current circumstances are infinitesimal.

Dmitry Rogozin, Russia's representative in NATO, said on Friday that the Turkish radar does not present a direct threat to Russia. However, this radar could be a big strain on two nations in the region: Iran and Syria.

So far, Syria does not possess missiles that could reach Europe, and it is unlikely to obtain them any time soon. Iran, however, is on the cusp of creating these systems. Its main missile bases that are known to international experts are stationed in western and northwestern Iran, outside Khorramabad and Tabriz. Missiles launched from here could potentially fall under the observation of the new American radar station.

The decision to deploy the radar in Turkey intensifies the openly anti-Iran focus of the U.S. global missile shield's European arm, a fact that has been openly admitted, though.

In the early 2000s, the Republican administration's stake was on deploying �MD system in the Czech Republic and Poland, which posed real threat only to Russian SS-25 missiles potentially launched from northwestern Russia.

When the Obama administration came to the White House, the concept of the European missile shield has changed: Plans for the deployment of ABM launchers now focus on southern Romania, whereas the radar system was supposed to go to Bulgaria or, most likely now, Turkey.

Thus, the southern flank of the European component of the U.S. missile shield has more or less been formed. Now, we can say almost for sure that this radar in actuality serves to cover Europe from the potential threat of missile launches from the Middle East.

Missiles launched by potential enemies that target European capitals will fly over Turkey. These trajectories will be detected by Turkish radar, and the Romania-based interceptors will launch head-on anti-missile attacks above the Balkans.

The global missile defense system is an intricate mosaic

In comparison to the plans announced by Washington ten years ago, overall, the European missile defense has lost a substantial share of its explicitly anti-Russian focus. However, Russia still faces risks.

The architecture of the future global U.S. missile shield will provide an unprecedented flexibility of targeting systems and firepower maneuverability. In fact, all core missile shield components, including sea-based radars and ship-based interceptors, should be mobile and, in the event of a threat, adopt a configuration required by the Pentagon.

A high-ranking Pentagon official told The Wall Street Journal that the decision to deploy the radar in Turkey was made in late 2010. However, to avoid any further aggravation of the already tense situation in the region, they decided that the similar American radar that is deployed in Israel, which is included in the Israeli missile defense system, will not receive any information from the one based in Turkey.

Ankara is deeply concerned about potential tension in the region, and is is against the creation of an integrated regional missile defense system based on these two radars. It is completely unclear how the Americans are actually going to guarantee that there is no shared information between these two radars, if the global missile defense architecture implies the open sharing of information (ideally, across the globe).

It's possible that the Israeli missile defense system will be excluded, but the ease with which this operation can be reversed clearly demonstrates the ephemeral nature of guarantees provided by the American military.

Admittedly, the likelihood of the destruction of SS-25 missiles launched from northwestern Russia over the Norwegian Sea is relatively low: at that point, missiles would be past the acceleration phase, which makes interception less likely. However, the U.S. Ticonderoga cruisers would be able to destroy upon takeoff Russian sea-based missiles launched from submarines in the Barents Sea.

And this really is a serious threat: sea-based nuclear missiles have always been viewed as retaliatory weapon (back in the 1970s they were referred to as city killers due to their relatively low accuracy) and the annihilation of their retaliatory potential may additionally push irresponsible politicians to make a preemptive first strike against Russian nuclear forces. This is especially the case, given the upcoming scrapping of heavy-duty Soviet-made silo-launched missiles, and the situation with new replacement systems, which remains unclear.

This is an unusual situation. On the one hand, the deployment of the southern face of missile defense in Turkey and Romania doesn't threaten Russia in any way.

On the other hand, the vast patchwork of global American missile defense is fraught with huge potential risks for our strategic forces. These risks are piling up beneath the surface, without any explicit threats or noisy rhetoric.