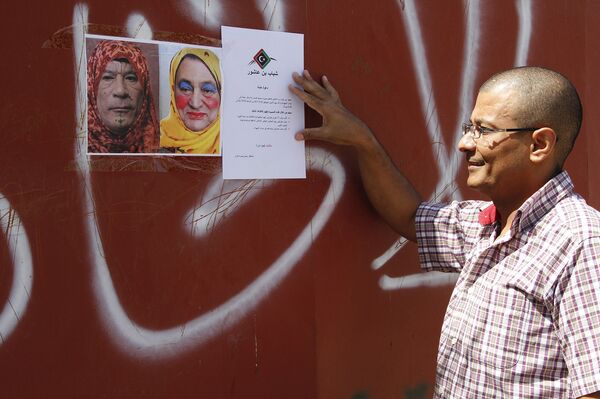 Algeria has closed a 1,000-km stretch of its border with Libya and put troops and police there on high alert.

Algeria has closed a 1,000-km stretch of its border with Libya and put troops and police there on high alert, an independent Algerian newspaper said.

The Algerian Foreign Ministry said earlier that wife and three children of fugitive Libyan leader Col. Muammar Gaddafi had arrived in Algeria despite the warning issued by Western powers that countries neighboring with Libya should not give refuge to Gaddafi family members or loyalists.

The whereabouts of Col. Gaddafi, who ruled the country for 40 years, remain unknown since rebels seized control over his headquarters in the capital, Tripoli, almost a week ago.

Algeria has not yet recognized Libya's National Transitional Council (NTC) as a legitimate power in conflict-torn North African state.

Algerian authorities have repeatedly called against international interference in the domestic conflict in Libya.

Algeria fears that the instability in Libya may be used by al-Qaeda to strengthen its positions in the neighboring countries.

Algerian media have reported on several occasions that there were many criminals and members of radical Islamist groups among the Libyan rebels.

The rebels now control over 95 percent of the oil-rich country's territory.

The NTC has been recognized by more than 30 countries, including the United States.