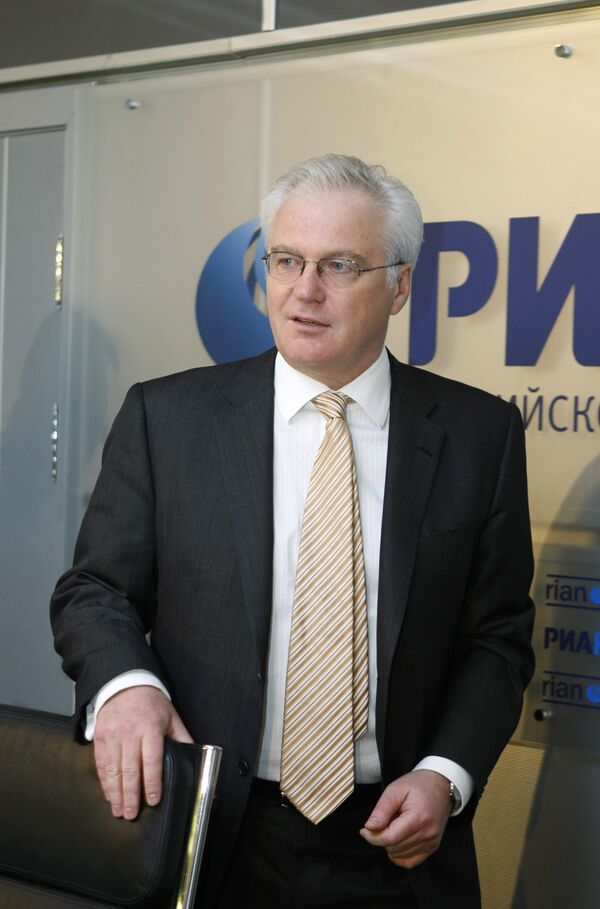 Churkin said the resolution, presented by the U.S. and EU member states, was “totally non-objective and only envisages pressure on the Syrian leadership.”

“We agree that the Security Council must not remain aloof, but we believe that it is necessary to act in a positive way,” Churkin added.

The resolution comes after a crackdown by Syrian forces on protesters demanding reforms and the resignation of President Bashar al-Assad. The unrest in Syria has already claimed more than 2,200 lives, according to UN estimates.

China, Russia, Cuba and Ecuador voted against the resolution, citing the principle of non-interference in Syria's internal affairs and said the UN-backed measures were "an unnecessary intervention."

Bogdanov called for an immediate ceasefire by both the Syrian government and the opposition and urged Assad to implement his promised reforms without delay.

Earlier on Monday a diplomatic source in New York told RIA Novosti that Russia had produced its own draft resolution on Syria.