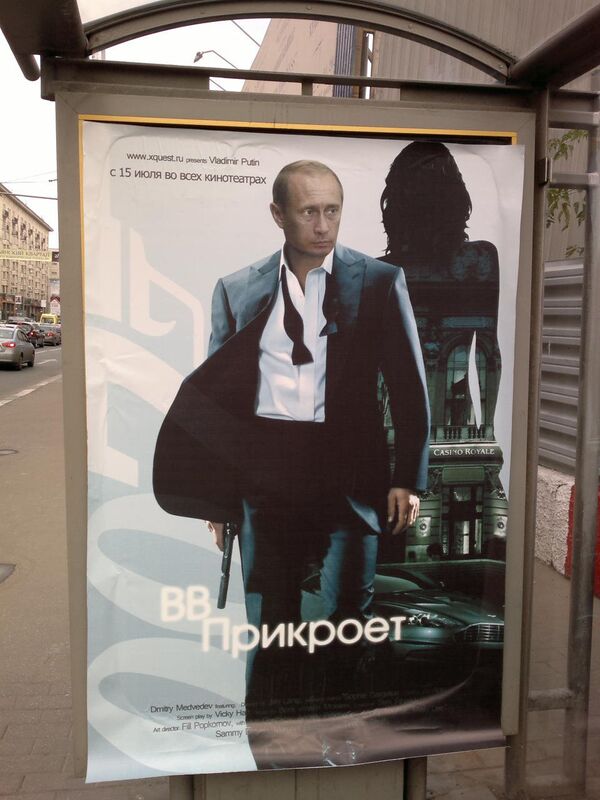 The hoardings appeared in the Altai Territory capital, nearly 3,000 kilometers east of Moscow, in January.

Police said the three men charged in connection with the stunt were members of an anti-fascist group.

They also said the billboards were "in blatant disrespect of the country's leaders and insulted their honor."

This is not the first time Russia's ruling tandem has appeared in phony posters.

Earlier this month, prankster collective Monolog.tv posted spoof movie placards in central Moscow depicting Medvedev as Captain America. The president, clad as a comic superhero, clutched a huge iPad in his hands, a slight on his tech-savvy image.

Also around the same time, several posters appeared in the Russian capital depicting Putin, an ex-KGB officer, as James Bond.