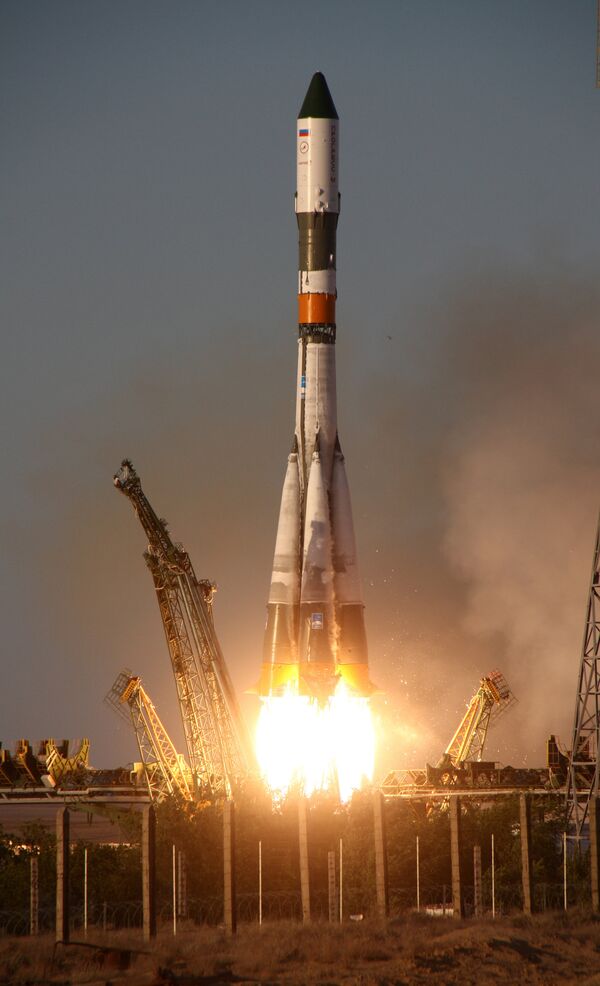 A source in the Russian space industry earlier said the spacecraft had sent a breakdown report while separating from the Soyuz-U carrier rocket on Wednesday. The Mission Control was unable to receive any telemetry data from the spacecraft so far.

"We received a short telemetry report of a breakdown before the Progress M-12M left the radio coverage zone. That's all information we have for the moment, but more data may come an hour after the Progress makes an orbit pass," the source said.

The Soyuz-U carrier rocket blasted off from the Baikonur Space Center in Kazakhstan and was scheduled to separate at 5:09 p.m. Moscow time [13:09 GMT].