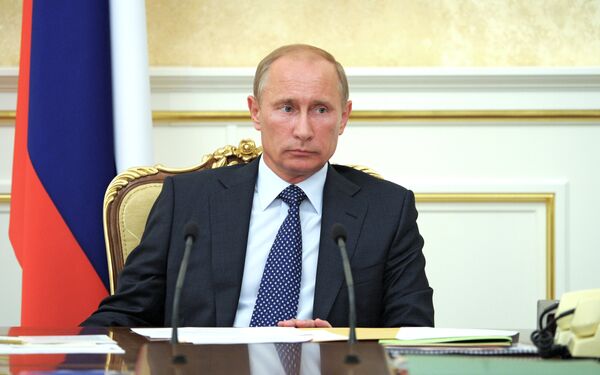 Russian Prime Minister Vladimir Putin said on Wednesday Russia should urgently modernize its higher education system so that it conforms to today's demands.

Russia allocated nine billion rubles (over $300 million) to create an innovative educational infrastructure in Russian universities in 2010-2012. Higher education budget expenditures more than doubled since 2005 and stood at 390 billion rubles (almost $14.5 billion) in 2011.

"Now that we've laid the foundation, our next steps should be aimed at modernizing the entire network of higher education institutions in Russia, to make it so that the honorable title of university, academy or institute indeed mean in practice modern quality and ample education, contemporary education," Putin said at a meeting with the heads of Russian universities.

"In the next five years some 70 billion rubles ($2.4 billion) will be allocated to support higher education (federal and national research universities)," Putin said, adding that educational institutions taking part in the program should become the driving force in developing whole regions and strategically important industrial sectors.

Putin also said that Russia has launched a 12-billion-ruble ($415-million) project to attract the best international specialists to its universities.