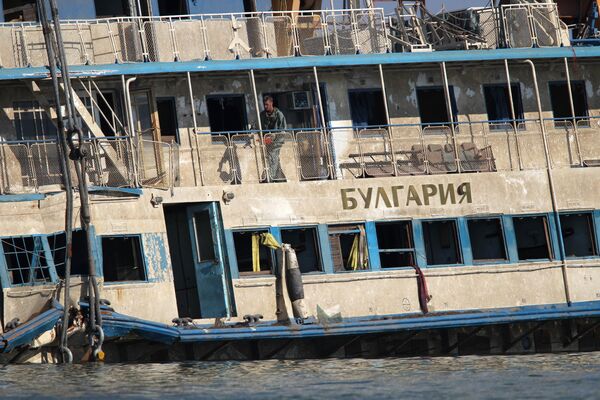 Safety violations and a poorly trained crew were to blame for the deaths of the 122 people onboard a sunken cruise boat on the Volga, Russia's transportation watchdog said on Monday

Safety violations and a poorly trained crew were to blame for the deaths of the 122 people onboard a sunken cruise boat on the Volga, Russia's transportation watchdog said on Monday.

The ship, which was carrying over 200 passengers, sank during a storm on the Volga River in the Russian Republic of Tatarstan on July 10.

"The ship sank because it lost balance in the storm after water flowed into open portholes," the transport watchdog said in its investigation report, adding that this had made the ship lean to the right and eventually sink.

Under the safety regulations, all the portholes, including in passenger rooms, must be closed before a vessel starts moving.

"During the inspection of the sunken ship, divers discovered that 27 portholes were opened on the left side of the vessel and 11 on the right side," the Federal Service for the Oversight of Transportation watchdog said.

Shortly after the tragedy, media reports said that the Bulgaria cruise ship, built in 1955, was last overhauled 30 years ago and had no license to carry passengers. It was also heavily overloaded when it left port on its fateful voyage with only one of its two engines operable, the media said.

The transport watchdog said in its report that the captain had failed to inform navigation traffic controllers of the cruise, despite a storm warning.

Two people have already been charged over the sinking of the ship. Svetlana Inyakina, the general director of the company that rented the cruise boat, and river fleet inspector Yakov Ivashov, who certified that the Bulgaria was fit to sail, may face prison terms if found guilty.

The boat was brought to the surface on July 25.