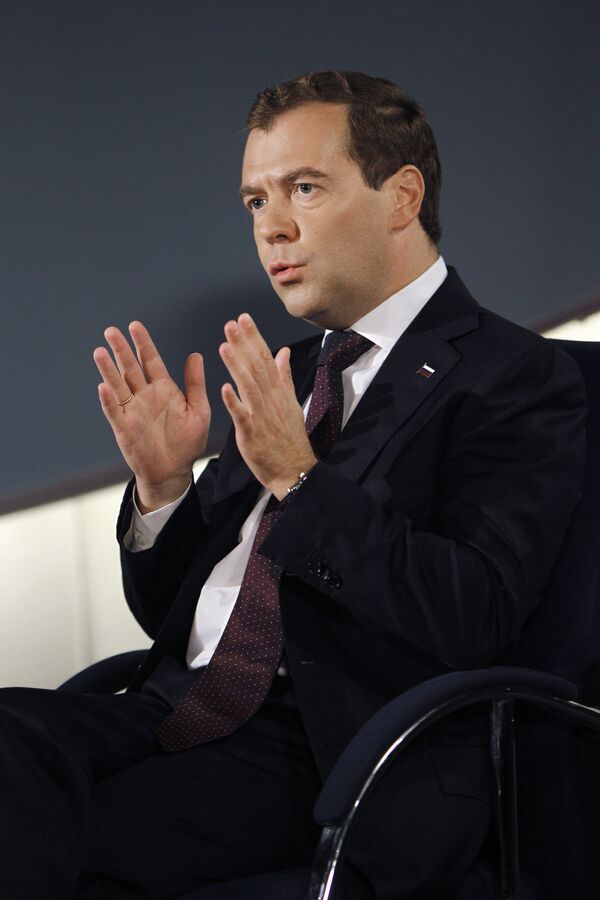 UN Resolution 1973, which Russia abstained from voting on in March, authorizes a no-fly zone over Libya and the use of "all necessary measures" to protect Libyan civilians. The UN vote followed a deadly crackdown on protests against the regime of Colonel Muammar Gaddafi.

In a decree posted on the Kremlin's website on Friday, President Medvedev banned all Libyan flights in Russian air space with the exception of humanitarian flights and authorized searches of ships for weapons or military personnel.

The decree also bans all financial operations involving the assets of Gaddafi and members of his family and his aides.

Thousands of people have been killed since the uprising against Gaddafi's rule began in February.

The UN resolution on Libya seemed to cause a split between Medvedev and powerful Prime Minister Vladimir Putin in March after the premier said it resembled "medieval calls for crusades." Medvedev said such comments were "unacceptable" and could lead to a "clash of civilizations."