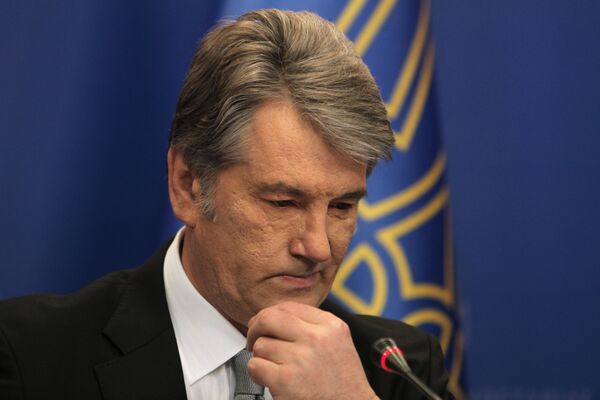 Tymoshenko, the country's prime minister briefly in 2005, and then again from 2007 to 2010, is currently on trial for abuse of office in Kiev over a 2009 gas deal she signed with Russia which investigators say was ruinous for the Ukrainian economy.

"Yushchenko directly lobbied for the interests of RosUkrEnergo," Tymoshenko said.

Yushchenko was the ex-premier's brother-in-arms during the 2004 liberal Orange Revolution and beyond, but relations soured towards the end of his presidency.

Last year, Gazprom wrote off an $810-million debt RosUkrEnergo owed it, while Naftogaz agreed to return 12.1 billion cubic meters of gas it allegedly confiscated illegally from the Swiss firm.