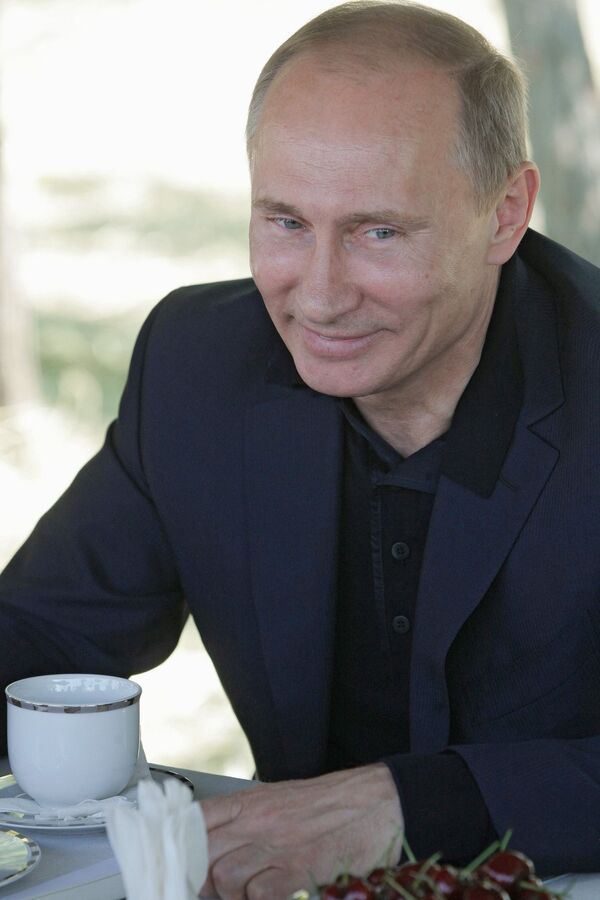 © RIA Novosti . Alexey Nikolsky
/
Go to the photo bank
Subscribe
Russian Prime Minister Vladimir Putin traveled to the Taman Peninsula on Wednesday to perform yet another of his trademark adventure activities and scuba dive at a site known as the Russian Atlantis.

Putin is making the dive to publicize archeological restoration work on the submerged part of the ancient Greek city of Phanagoria .

Putin met with archeologists working in a field camp and is expected to dive to the bottom of the Taman Bay, in the Kerch Strait.

Putin was shown around the excavation site, starting with the Boyur Gora man-made mound dating back to the 4th century BC.

“It is a unique architectural structure - an earth building,” Kuznetsov said.

“Can I take it?” he asked the archeologists.

“It might be useful in my household,” he added smiling.

Phanagoria was once the largest Greek colony on the Taman Peninsula, spreading on two plateaus along the Asian shore of the Cimmerian Bosporus.

The location of Phanagoria was determined in the 18th century, when marble statue bases with dedications to Aphrodite were discovered there.