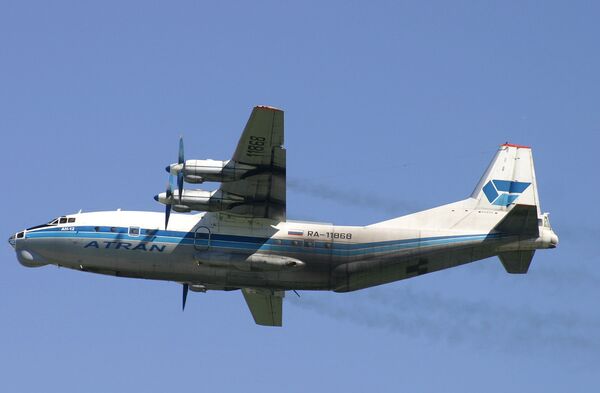 The An-12 transport plane carrying nine crew members, two passengers and 16 metric tons of food disappeared at 07.34 Moscow time (03.34 GMT) some 300 kilometers from its take-off point. It went off radar screens while en route from Magadan to Chukotka shortly after reporting a fuel leak and fire in an engine.

The wreckage of the plane was discovered near a gold and silver mine in the Omsukcha district of the Magadan region.

The search was hindered by thick fog.