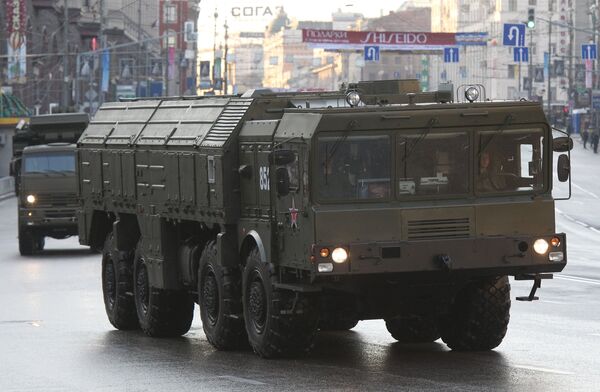 "We purchased six [Iskander] systems in 2010, and plan to acquire up to 120 more," Bulgakov told a news conference in Moscow on Monday.

The missiles have a range of 400 km (250 miles) and can reportedly carry conventional and nuclear warheads.

According to the Moscow Centre for Strategy and Technology Analysis, the Iskander-M system was combat-tested in the brief war with Georgia in August 2008, and it proved highly effective in destroying military targets and infrastructure.

Russia threatened to deploy Iskander-M tactical missiles in its Kaliningrad Region, which borders NATO members Poland and Lithuania, if the alliance placed elements of its proposed "missile shield" close to Russian borders.