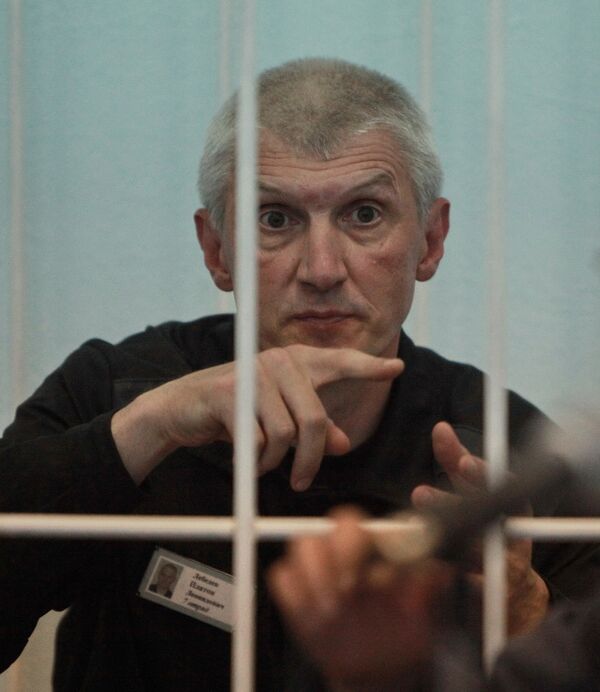 The editor-in-chief of opposition Russian newspaper Novaya Gazeta offered a job with his paper to Platon Lebedev, the jailed former business partner of Yukos CEO Mikhail Khodorkovsky, at a court parole hearing on Tuesday.

"I know that you pay a special attention to where a person would work after his early release," Dmitry Muratov said. "That's why I would like to offer Platon Leonidovich [Lebedev] a job as an economic observer in our newspaper."

Khodorkovsky and Lebedev had been nearing the end of a separate eight-year sentence for fraud and tax evasion after their 2005 trial when they put on trial again. They were then given a further sentence in December 2010, meaning they would have to stay in jail until 2017.

In June 2011, both men's sentences were reduced by one year.

Khodorkovsky and Lebedev have denied all charges against them, claiming that the Yukos case was revenge by Russia's powerful Prime Minister Vladimir Putin for Khodorkovsky's sponsorship of opposition groups in Russia in the early 2000s. The Russian authorities have categorically denied the claim.

Lebedev, who is serving out his prison term near the town of Velsk in Russia's northern Arkhangelsk region, filed an appeal last week against his sentence, described by his lawyer as "unlawful and groundless."

During Tuesday's court hearing, Muratov showed judges a picture of Lebedev's designed desk, noting that Lebedev was granted the 2010 Person of the Year award by his newspaper's readers.

The jailed former businessman smiled in response to the proposal.

Later in the day, his twin brother Viktor also offered Platon Lebedev a job with his telecommunications company in Moscow.

"I am an owner of a telecommunications company and we have a vacancy pending for about a year for the position of an expert on economic issues," Viktor Lebedev said.

The court refused to consider the pair's previous petitions for their early release, filed in late May, citing a lack of necessary documents.

Lebedev was brought to the prison in Velsk in mid-June. In a character report prepared at the request from the court, which is considered key for the judge to make a decision on early release, the prison authorities described Lebedev negatively.

Meanwhile, the authorities of a Moscow prison where the former businessman was previously held gave the prisoner a positive reference, describing him as a "polite and calm person."