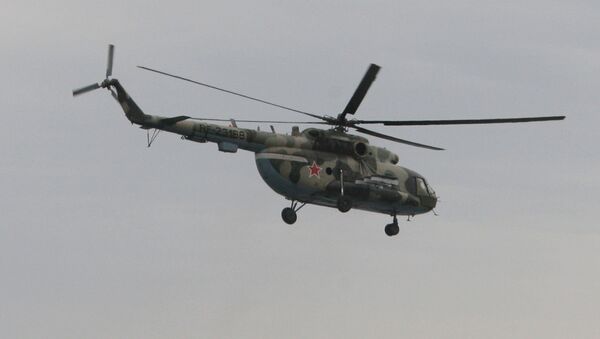 Four people were killed and two injured after a Mi-8 helicopter crashed in Kamchatka, in Russia's Far East, on early Monday morning, a spokesman for the local emergencies ministry's department said.

The helicopter crashed upon landing near the village of Billings killing a crew member and two passengers.

"The helicopter was on flight along the northern border of the Chukotka autonomous district inspecting radio-navigation posts. One of the engines shut down upon landing and the aircraft crashed," the spokesman said.

He added that policemen and representatives of the prosecutor's office are currently working at the scene of the accident, while injured receive medical assistance.