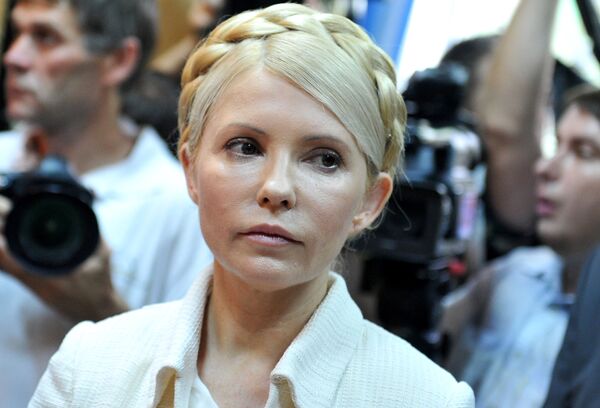 Former Ukrainian prime minister Yulia Tymoshenko, accused of signing a "disadvantageous" gas deal with Russia in 2009, denied on Friday the charges against her.

"I do not recognize my guilt. This case is falsified," Tymoshenko said during the hearings.

She added the charges against her were "a disgrace" and contained "mismatching figures, dates, and facts" that were "impossible to understand."

Tymoshenko is charged with abuse of office over the gas deal, which the current Ukraine authorities say has badly affected the country's economy.

She also faces charges of misusing $425 million that her government received in 2009 from the selling of its carbon emission rights under the Kyoto protocol.

She faces up to ten years behind bars if found guilty.

Tymoshenko has repeatedly dismissed the charges as political, saying she is being targeted for opposing President Viktor Yanukovych, who beat her in the presidential election in February 2010.