No Israeli apologies to Turkey over Freedom Flotilla deaths 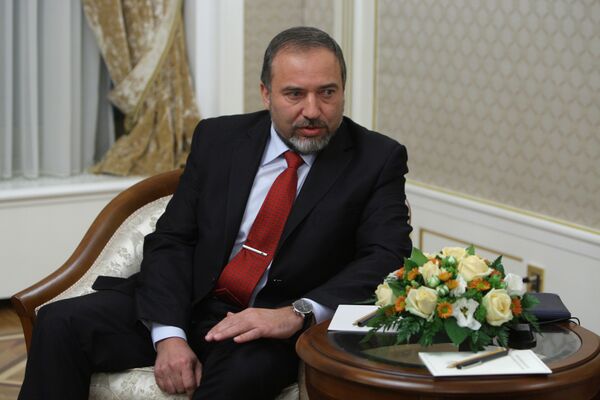 Israeli Foreign Minister Avigdor Lieberman on Friday ruled out an Israeli apology to Turkey over the deadly raid on a Gaza-bound ship last year.

Israeli Foreign Minister Avigdor Lieberman on Friday ruled out an Israeli apology to Turkey over the deadly raid on a Gaza-bound ship last year.

"This is not protection but betrayal of our soldiers. An apology is a defeat on the battlefield and on the state arena; it is a sign of weakness and uncertainty," the minister said.

Israel Defense Forces (IDF) killed nine Turkish activists aboard a Gaza-bound flotilla as they were trying to breach Israel's naval embargo of Gaza.

Israel maintains that commandos who raided the ship opened fire because activists attacked them, but the activists say they were attacked first.

Lieberman responded to an earlier report that Prime Minister Benjamin Netanyahu had received legal advice from Israel's attorney general that apologizing would forestall Turkish efforts to issue indictments against IDF soldiers involved in the Gaza flotilla raid in 2010, the Haaretz newspaper reported.

"The use of legal arguments to justify an apology to Turkey shows an inability to withstand pressure," Lieberman said. "This is not a legal problem but a diplomatic one. This is irresponsibility on the part of the political echelon."

On Thursday, Deputy Prime Minister Moshe Ya'alon said that he saw no possibility for reconciliation between Israel and Turkey due to Ankara's insistence that Israel apologize, saying that Israel would not apologize or compensate the victims' families.