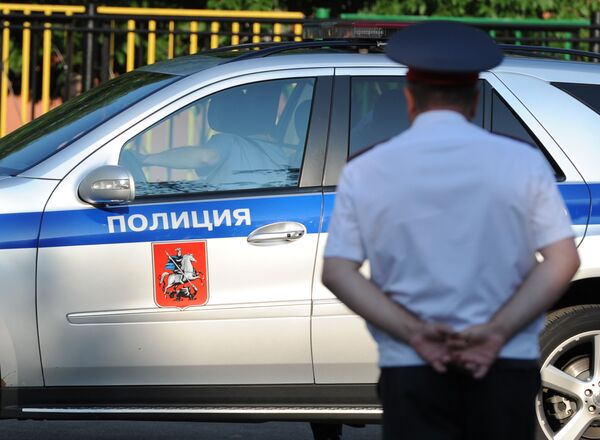 A court in the Far Eastern Russian city of Khabarovsk has given three police officers long prison terms for abuse of office, a Khabarovsk Territory Court spokesman said on Thursday.

According to court materials, in June 2010 the police officers brought a detainee to a police station in Khabarovsk and told him to confess to unsolved crimes. When the man refused to do so, they severely beat him.

One of the policemen was sentenced to 10 years in a high-security prison, and the two others to nine years each. They will also have to pay the man they injured 300,000 rubles ($10,660) each in moral damages.

It was not immediately clear whether the officers planned to appeal the verdict.