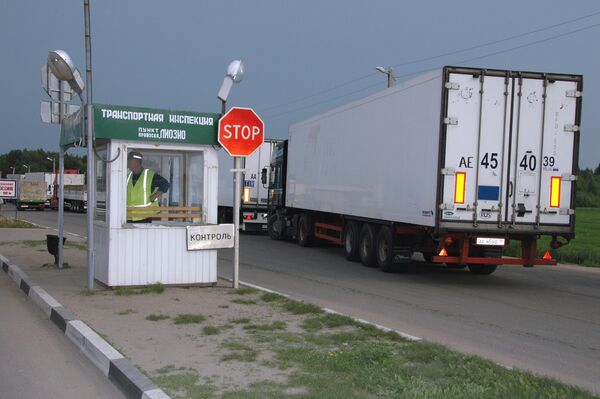 More than 20 years after the collapse of the Soviet Union, Russia is again herding former Soviet republics into a union to reap political advantages if not economic ones, analysts said on Wednesday.

More than 20 years after the collapse of the Soviet Union, Russia is again herding former Soviet republics into a union to reap political advantages if not economic ones, analysts said on Wednesday.

While Europe was busy creating the European Union with its single currency and the absence of internal border controls, Russia tried to set up free trade areas on the territory of the former USSR, which shrank to the Commonwealth of Independent States, excluding the Baltic states and eventually Georgia.

After several flops Russia, Belarus, Kazakhstan, Kyrgyzstan and Tajikistan set up a regional economic organization named EurAsEC (Eurasian Economic Community) in 2000 and seven years later Russia, Belarus and Kazakhstan moved further on the road to integration by starting to create a customs union. Other EurAsEC members are supposed to join later.

Last year the three states introduced a single customs tariff, the equivalent of Europe's common customs tariff, applied to the import of goods across the EU's external borders.

This month Russia, Belarus and Kazakhstan lifted customs controls on their mutual borders, shifting veterinary, sanitary and transport control to their external borders in a first concrete step to develop the customs union, which also envisages common customs tariffs and customs codes.

The customs union should, by 2012, be a common economic space comparable to the EU's common market of goods, services, capital and labor.

"For Russia, a customs union is not only a factor of trade liberalization and promoting trade in the post-Soviet market, this is also a core project which must attract other countries in the future," Lissovolik said.

The customs union also assists Russia's goal of creating an international financial center in Moscow, President Dmitry Medvedev's pet project which features high on the government's list of priorities along with a large-scale program to modernize the economy.

Medvedev first announced the project in 2008, saying it was aimed at turning Russia's national currency, the ruble, into a leading regional currency.

The recent global meltdown showed the world's overreliance on the dollar, and the idea of the ruble becoming a regional alternative and Moscow an international financial center along with London and New York, seems less fanciful than it once did. Russia, which holds significant gold and currency reserves, is now in a favorable position for further integration with its neighbors, even though some Western lenders have pulled out of the region.

Analysts agree that Russia seems to have gained the least economic benefits from integration with the two neighboring states, which account for only 7.5 percent of its trade.

"Sometimes while creating a customs union, political reasons dominate and economic reasons are ignored. This is likely to be so in our case," said Alexei Portansky, a trade policy professor at Moscow's Higher School of Economics. "Political reasons mean uniting states as soon as possible. Prime Minister Vladimir Putin often says so...This lies behind the aspiration to create a new economic center which will be competitive and could compete with other economic centers."

Yelena Matrosova from BDO consulting company says that Russia, with its huge amount of land and natural resources, could not benefit much from the union. Belarus, which has been developing its industry for many years thanks to subsidized Russian hydrocarbons, has access to the huge Russian market for its trucks, car parts, tires and food and benefits most from integration.

Ironically, it is the most reluctant partner of the union.

Belarus' external trade accounted for some 60 percent of gross domestic product, more than in in Russia, says Vladislav Inozemtsev, an expert with the Center for Post-Industrial Studies.

But the idea of creating a common economic space from 2012 is taken with a pinch of salt by analysts. They say Russia was too quick lifting customs controls without settling the issue of import bans on some goods, like Georgia's wines or its Borjomi mineral water.

"We have different quality standards. The problem is not whether Belarus or Kazakhs will fail to maintain sanitary controls, but some goods which we do not want to see here for political reasons could appear in Russia," Inozemtsev said.