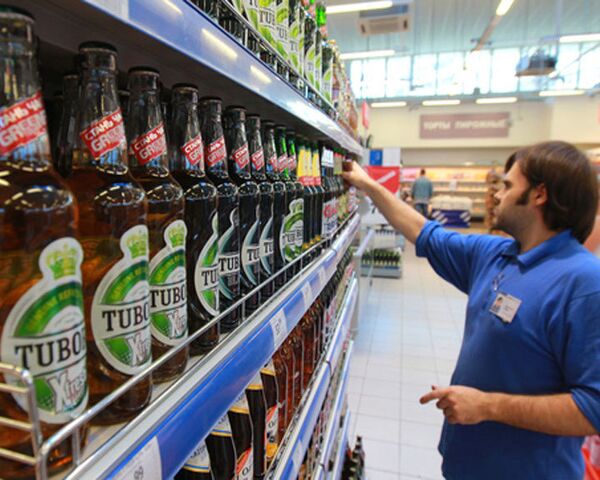 Under the bill, which comes into force on January 1, 2013, alcoholic drinks including beer can only be sold in licensed stores.

Beer was previously classified in Russia as a foodstuff and had not been affected by the measures, and was widely sold in kiosks and other small outlets.

Russia has one of the highest levels of alcohol consumption in the world, with around 40 percent of people drinking excess amounts on a regular basis, according to health ministry statistics.

In August last year, the Russian president passed a law restricting sales of beverages containing more than 15 percent alcohol between 10 pm and 10 am in a bid to curb the problem, which is one of Russia's biggest killers.