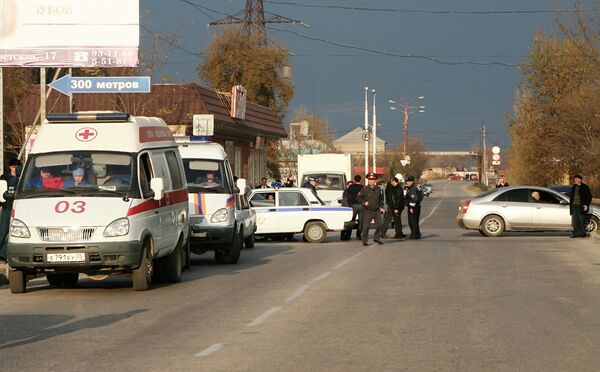 When the officers stopped a car for a check in connection with a probe into the murder of a deputy riot police commander earlier in the day, the three people inside it opened fire.

"All those inside the car were killed by return fire," the source said.

No officers were injured in the clash. An investigation is underway.

Deputy riot police commander, Shamil Murtuzaliyev, was gunned down by unknown assailants in an attack in Dagestan on Thursday afternoon.

Dagestan has been troubled by Islamist militancy that has spread from neighboring Chechnya, which has seen two brutal separatist wars in the past two decades.