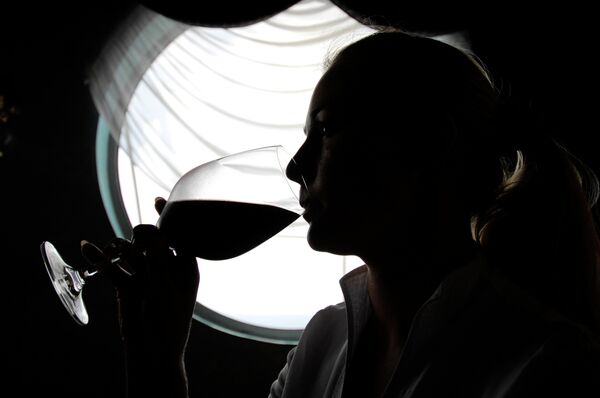 © RIA Novosti . Michail Mordasov
/
Go to the mediabank
Subscribe
International
India
Africa
The European Union and Georgia have signed an agreement on mutual protection of geographical indications, paving the way for Georgian wines to be included on the EU's list of regionally specific products.

The European Union and Georgia signed on Thursday an agreement on mutual protection of geographical indications, paving the way for Georgian wines to be included on the EU's list of regionally specific products.

This agreement also means that the EU recognizes the quality of the products exported to the bloc by Georgia, the press service of the Polish presidency of the EU said in a statement.

Based on the agreement, 18 Georgian wines will be added to the list, including Manavi, Kindzmarauli, Akhasheni, Gurjaani, Tsinandali, Khvanchkara.

Georgia has long been famed for its wines, which were a major export earner, especially in Russia until a 2006 ban over health concerns. Since then, Georgian winemakers have been forced to look to other markets.

The agreement on geographical indications could help those efforts, while also allowing about 3,000 types of agricultural products to be exported from the EU to Georgia. It should also increase trade between EU and Georgia, which reached 1.71 billion euros in 2010, the Polish statement said, citing the European Commission.

This is the first such agreement with a country that belongs to the EU's Neighborhood Policy with several former Soviet republics, the statement said.

The EU considers geographical indications a very important part of its trade policy, and it is trying to have the concept included in World Trade Organization regulations.

It says many European countries and regions have a rich history of local and specialist agricultural production, citing products as diverse as Champagne, Melton Mowbray pork pies, Parma ham and Roquefort cheese.