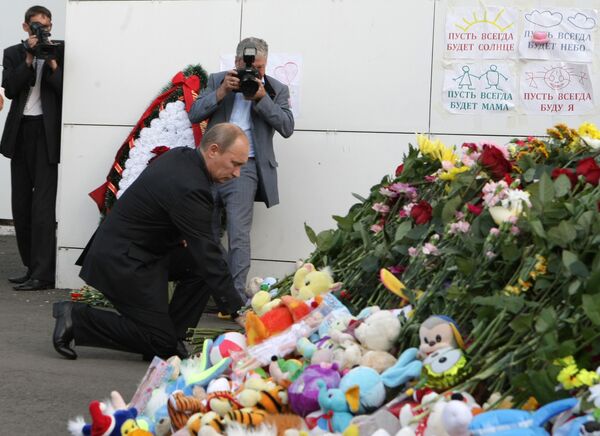 "This many dead, this many children killed - it is terrible that we have to pay such a price for irresponsibility, negligence, greed and gross violation of safety regulations," Putin said.

He called for tight, tough oversight of health and safety rules and harsh penalties for their violation.

There were reportedly as many as 209 people on board the twin-deck Bulgaria when it capsized and sank on the Volga River on Sunday. The confirmed death toll from the tragedy rose to 113, while 79 people survived.

Putin said the disaster had shaken the country.

Earlier in the day he had visited Kazan, the capital of the Republic of Tatarstan, and laid crimson roses at the river port from where the Bulgaria had set out on its fatal journey.
The 79-meter cruiser, built in 1955 and last renovated 30 years ago, listed onto its right side in a thunderstorm and sank within minutes, trapping many passengers.
Russian authorities said the boat had no license to carry passengers, its left engine had a problem, and it was heavily overloaded.
On Wednesday the head of the company that leased the boat and a river transport inspector were taken into custody pending criminal charges.