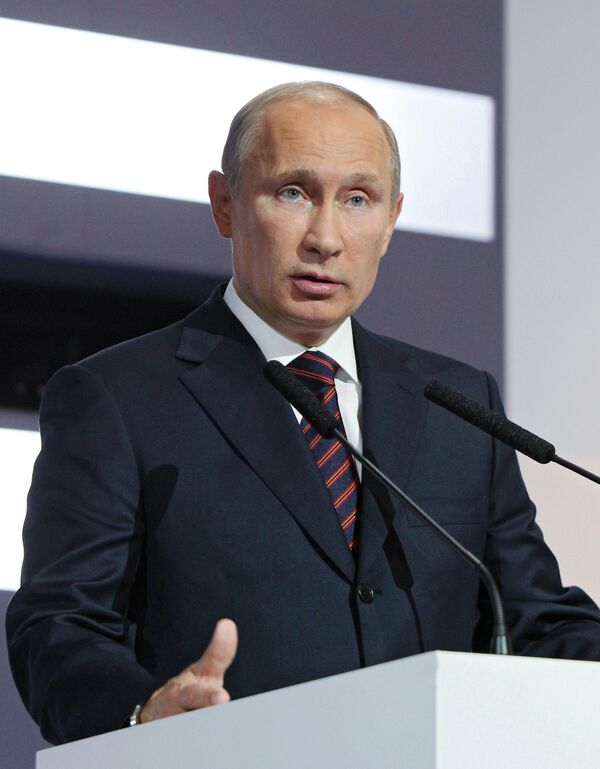 Putin already today deserves a separate chapter in a history book and is paving the way for Russia's future in the spirit of Peter the Great, the paper quoted excerpts from a decision on awarding him the Quadriga prize.

The Quadriga award is presented each year on October 3, the anniversary of German reunification, to four people or groups for their commitment to innovation, renewal and a pioneering spirit through political, economic and cultural activities.

The award consists of a small statue resembling the quadriga on top of the Brandenburg Gate in Berlin and is sponsored by Werkstatt Deutschland non-profit organization.

Former Soviet leader Mikhail Gorbachev and former Czech president Vaclav Havel have won the award in the past.