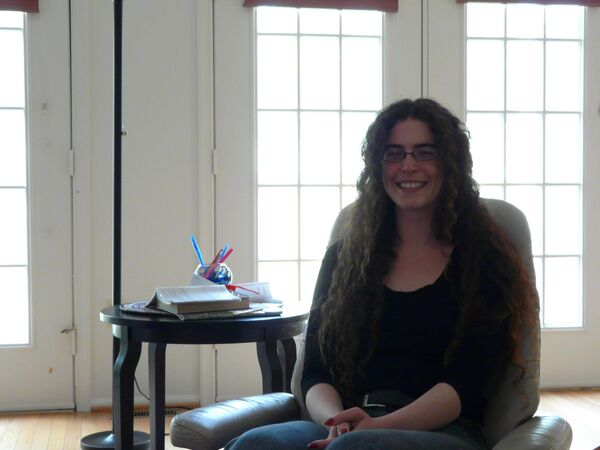 Subscribe
During the final confrontation between a dead witch and a hapless seminary student in the film version of Gogol’s “Вий,” the witch calls on her evil associates for help: «Ко мне вурдалаки! Ко мне упыри!»

During the final confrontation between a dead witch and a hapless seminary student in the film version of Gogol’s “Вий,” the witch calls on her evil associates for help: «Ко мне вурдалаки! Ко мне упыри!»

Much has been written about the renaissance that vampires and other ghoulies are currently enjoying in the entertainment world, at least in the United States, where the phenomenally popular “Twilight” tales of teenage vampires have breathed new life in the undead, so to speak.

In the world of Russian bloodsuckers, vampires are really taking over at the moment, too, but it’s not so simple as there are more creatures (and ways to skewer them) than you can shake a wooden stake at.

In Gogol’s tale, both of the monsters the witch called for can be translated as “vampire,” although there are some differences. For one thing, in Russian folk tales, both of them sometimes not only drink blood, but eat people, too.

In the poem “Вурдалак” by Alexander Pushkin, a nervous young man hears sounds in the graveyard he’s walking through:

(Non-poetic translation: Vanya stood rooted to the spot/ Oh God, thinks the poor guy/ That must be gnawing on bones/ A red-lipped vurdalak.)

Pushkin also uses the word “упырь” in the same poem, and they seem now to be often interchangeable, although this was apparently a mistake at the time, with “вурдалак” being his own distortion of a werewolf-like creature from Croatian folklore.

Speaking of vampires, Russians often use a phrase with related imagery to talk about people who have continually bothered them with something, or have finally gotten to them: Он из меня всю кровь высосал. (He’s sucked all the blood out of me.) The verb meaning simply “to drink” is also used: Свекровь выпила всю кровь! (Literally: my mother-in-law has drunk all my blood!)

According to some sources, Russian vampire-like creatures can also be killed the old-fashioned way, with a stake made of aspen: осиновый кол.

Another monster that has been showing up in movies a lot recently is the zombie. Russian folklore doesn’t seem to have a tradition of mindless dead cannibals, (“вурдалаки” and “упыри” seem to remember being human), but the word “зомби” is used to describe someone behaving like an automaton with no mind of their own. The verb “зомбировать” also crops up frequently, to mean the process of turning someone into a mindless tool.

Here’s one writer’s comment on Yulia Tymoshenko: Она сумела зомбировать не только население, но и элиту, и в принципе, с этим согласны 80% политических сил. (She’s managed to brainwash not only the people, but the elite as well, and for the most part, 80 percent of those in politics are OK with that.)

Probably the third most popular beast of the moment is the werewolf. If you type “werewolf” into any online English-Russian dictionary, you’ll get the word оборотень in response, but the Russian word is wider in meaning. In folklore, it refers to someone, often a sorcerer, who has turned into something else, usually some kind of animal.

Both “упыри” and “вурдалаки” are described as “оборотни” who drink blood, etc., which shows that the boundaries between all these creatures and terminology are somewhat fluid.

As you might guess, this word is related to the verb “оборачивать” – to turn either your face or some situation in a different direction.
Metaphorically, an “оборотень” is someone whose true (evil) nature is hidden from view. Thus the “оборотни в погонах” (werewolves in epaulettes) that I’ve mentioned in the headline – are cops who are secretly engaged in criminal dealings (and “погоны” are the military epaulettes worn on the shoulder of uniforms indicating rank).

And from an article in Nezavisimaya Gazeta: Выявить оборотня и посадить его в тюрьму еще не значит победить коррупцию в отделе или подразделении. (Exposing a corrupt official and putting him in jail does not mean that you have eradicated corruption in that department or division.)

To return to Russian tradition, the unfortunate seminary student in “Вий” was threatened by various kinds of vampires and/or shapeshifters, but was finally defeated by the titular character. This was a huge monster covered with black earth, with an iron face and hands. The most disturbing thing about him was his long eyelids, which covered his eyes and went all the way to the ground. The most famous line from the story is his request to the evil horde: Поднимите мне веки. Не вижу! (Lift up my eyelids. I can’t see!)

Gogol himself claimed that he’d gotten this character from Ukrainian folklore about the king of the gnomes, but this was not supported by scholarly research.

Either way, good luck to the film director who tries to make a romantic Byronic hero out of that guy.