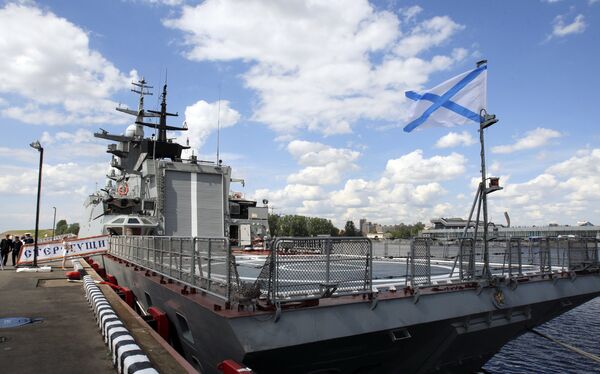 The agreement was signed on the sidelines of the ongoing International Maritime Defense Show, IMDS-2011, in St. Petersburg. The biennial naval show offers exhibits from 300 companies, including 30 foreign ones.

"We have signed two agreements together with Rosoboronexport to sell two corvettes to Algeria and three light [Molniya missile] corvettes to a former Soviet republic," said Roman Trotsenko, head of the shipbuilding corporation.

He said the contracts signed at the show so far were worth $1.3 billion and more contracts were expected before the show closes on July 3.

Russia is exhibiting for the first time its newest Steregushchy class (Project 20380) corvette, the Soobrazitelny, at the show. The corvette can be deployed to destroy enemy surface ships, submarines and aircraft, and to provide artillery support for beach landings.

The program of the show includes exhibition firing from 10 ship artillery mounts and demonstration flights of aerobatic teams, helicopters and unmanned aerial vehicles.