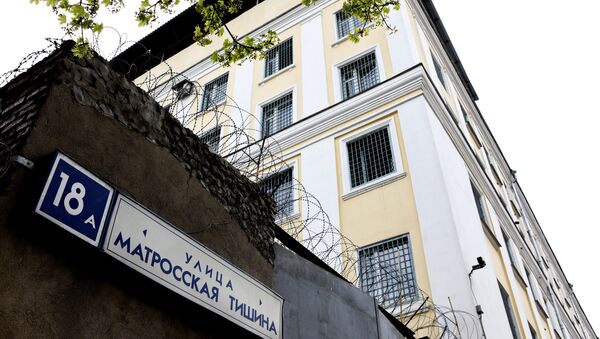 A government inquiry into conditions at the jail found numerous human rights and sanitary violations, the General Prosecutor's Office said in a statement.

Prominent lawyer Sergei Magnitsky, who was being held on tax evasion charges, died there in unexplained circumstances in 2009. He had complained that the prison authorities had refused to allow him medical care.

"The inquiry revealed numerous breaches of law regarding the detention of suspects and inmates," the General Prosecutor's Office said. "The most widespread violations include inadequate isolation of inmates, poor sanitary conditions and violations of inmates' labor protection."

Prosecutors said 45 prisoners were not allowed daily walks, and that "different categories of inmates" were frequently mixed up.

"Eleven prison staff were disciplined during the course of the inquiry," the statement said, without detailing what form the disciplining took.