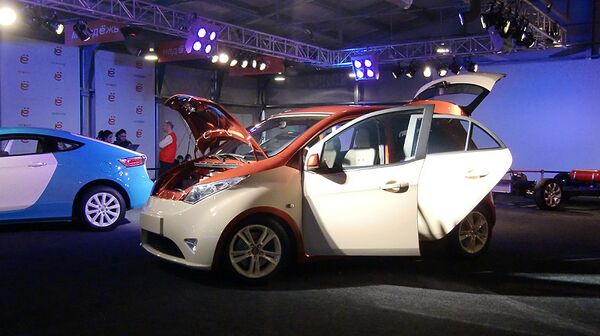 Prokhorov however did not specify on the exact number of the cars ordered.

Yo-Auto promotes the vehicles as "environmentally friendly, energy-saving autos for daily operation in the city, powered by both gasoline and liquefied gas."

In the beginning of 2010, tycoon Prokhorov announced a project to produce hybrid cars running both on conventional gasoline as well as liquefied natural gas engines.

Yo-Auto, a joint venture between truck maker Yarovit and billionaire Mikhail Prokhorov's Onexim group, will start production of Yo-mobile cars in the second half of 2012 with the first stage of investment at 150 million euros.

The annual production capacity of the first Yo-mobile plant near St. Petersburg is estimated at 45,000 cars. The capacity will be doubled after a second stage of the plant is built.