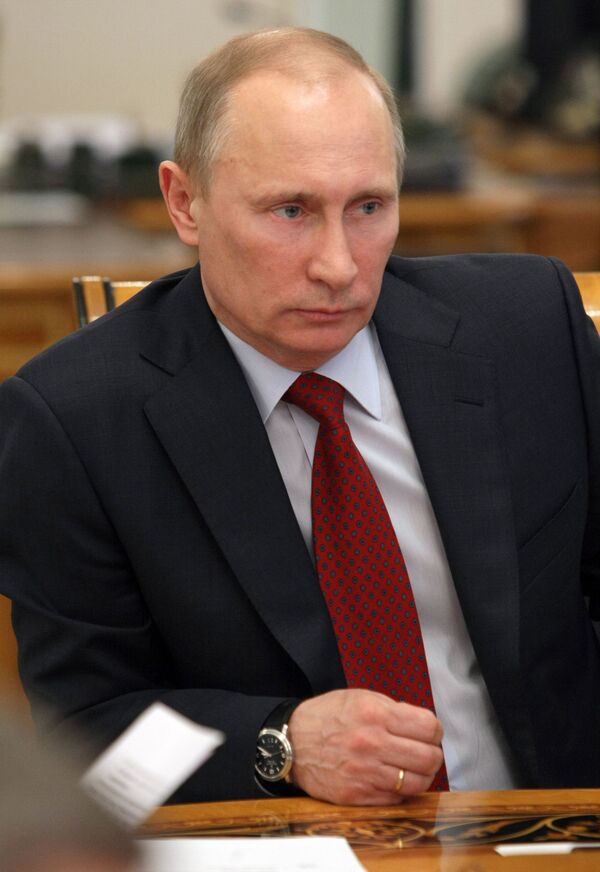 Russia will offer offshore deposits for development only to those companies with sufficient means to repair possible damage, particularly from oil spills, Prime Minister Vladimir Putin said on Wednesday.

"It is proposed to legislatively set a clear-cut list of requirements and obligations for companies engaged in the exploration and extraction of crude, transportation and storage of oil, petroleum products in internal seas and on the continental shelf," he said.

In case of an accident, companies must be able to repair in full damage done to the environment, Putin said.

Yury Trutnev, the minister for natural resources and the environment, said the government has approved a bill designed to make companies responsible for preventing oil slicks and dealing with their consequences.

Under the new bill, an oil company developing offshore deposits will have to provide financial resources, including insurance, bank guarantees or reserve funds, and material equipment to demonstrate that it can prevent or deal with possible oil slicks, the minister said.

The companies will also have to fully compensate for damages, including aquatic bioresources and third parties.

The prime minister said Russia had big plans to develop the Pacific and Arctic offshore deposits, and also the shelf of the Black and Caspian Seas, adding that the projects for shelf development were undergoing tight environmental expert examinations.

"We all remember the tragedy which occurred last year in the Gulf of Mexico and its impact on nature and people. We must foresee all aspects, both technical and financial, to prevent this scenario," he said.

A blast and fire at the Deepwater Horizon platform accident claimed 11 lives, and released an estimated 4.9 million barrels of oil into the Gulf of Mexico over the next 87 days. Its consequences are still felt in many U.S. states.

British oil major BP, which was responsible for the Gulf of Mexico spill, has been looking to join Russian projects on the energy-rich Arctic shelf and signed a deal with state-controlled oil company Rosneft in January. The agreement fell through due to opposition from BP's longstanding partners in Russia.