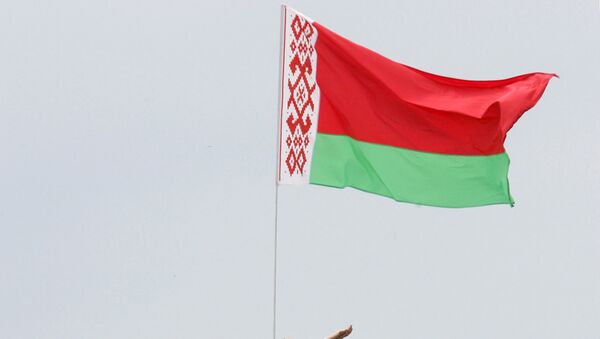 European foreign ministers expanded sanctions on Monday against Belarus' authoritarian leader Alexander Lukashenko over a violent postelection crackdown on the opposition, the Council of the European Union said.

European foreign ministers expanded sanctions on Monday against Belarus' authoritarian leader Alexander Lukashenko over a violent postelection crackdown on the opposition, the Council of the European Union said.

The 27 European ministers agreed to ban imports to Belarus of weapons and materials that may be used in repressions against the country's opposition, the Council said in a statement.

The people and companies affected by the new sanctions have not been named in the Council's statement, but diplomatic sources say those people are Lukashenko's close associates, including Vladimir Peftiev, the president's economic aide, two indentified prosecutors and a judge.

More than 600 opposition activists were detained and dozens jailed, including several former presidential candidates, as a result of a government crackdown on protesters following the December 2010 presidential elections, which were overwhelmingly won by Lukashenko.

Four former Belarusian opposition candidates have been sentenced to prison terms of 2 to 6 years for their role in the December 19 protests, and another received a 2-year suspended sentence.

The United States and European Union condemned the crackdown and imposed sanctions against the hardline Belarusian leader, who has ruled the former Soviet republic since 1994, and his 157 associates, freezing their European assets and imposing travel bans.

In March, Human Rights Watch released a report detailing hundreds of cases of torture and inhumane treatment of jailed protesters.

Before Monday's decision, the sanctions were expanded last time in May, when 13 Belarusian officials were added to the blacklist, which currently includes more than 190 people.

The decision comes just weeks after Minsk asked the International Monetary Fund (IMF) for a loan of billions of dollars to help Belarus tackle its deepening financial crisis.