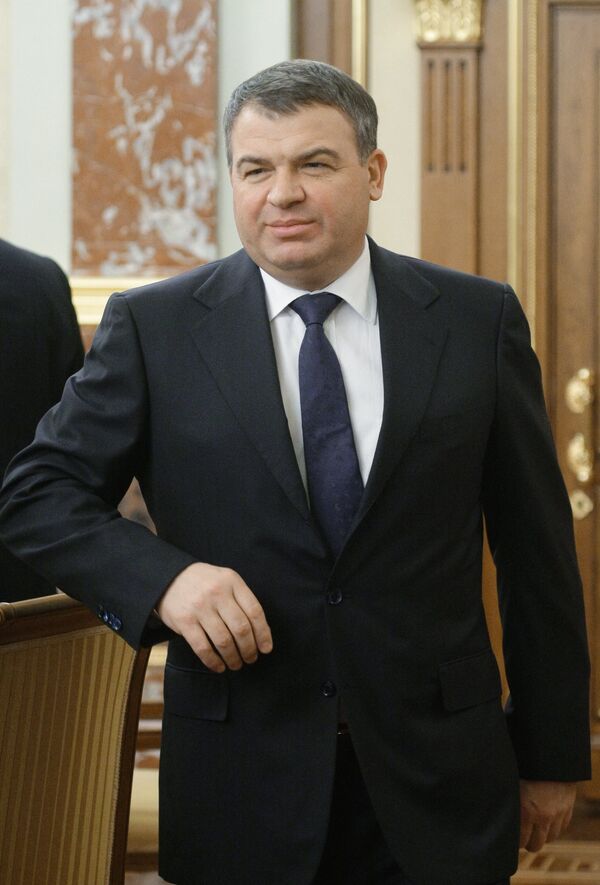 Russian Defense Minister Anatoly Serdyukov on Wednesday said that Russia would develop its own offensive nuclear force if NATO fails to come to agreement over the European defense shield.

Russian Defense Minister Anatoly Serdyukov on Wednesday said that Russia would develop its own offensive nuclear force if NATO fails to come to agreement over the European defense shield.

"We have no other way, otherwise we'll just have to develop an arms race," Serdyukov said after a Russia-NATO meeting in Brussels.

The talks in Brussels, he said, did not result in the solution of conceptual approaches and the Russia-NATO working group on the missile shield issue only managed to agree on the plan of work for 2011.

"We failed to agree on conceptual approaches... Our dialogue must be continued," he said.

Russia and NATO agreed to cooperate on the European missile shield during the NATO-Russia Council summit in Lisbon in November 2010. NATO insists there should be two independent systems that exchange information, while Russia favors a joint system with full-scale interoperability.

Serdyukov said that the solution to the ongoing talks on the European missile shield depends on the United States, and not on NATO.

"This is a U.S. position. There is a number of [NATO] countries expressing only concern. We could have received their support," he said.

The minister added, however, that Russia is not dramatizing the issue and is offering constructive approaches for cooperation.

"We are not dramatizing the current situation. We are ready to proceed with dialogue both at the Russia-NATO level and bilateral levels," he said adding that the mooted shield must correspond to the real missile threat.