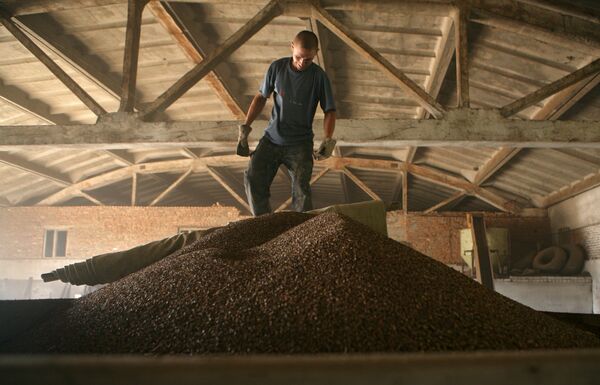 "We think that we need mechanisms that would help curtail a sharp jump in domestic grain prices. The gap between local and foreign prices exceeds $100," said Klepach.

The government will drop a grain export embargo from July 1, imposed last August in the wake of a severe drought which cut Russia's grain production by 37 percent.

Central Bank Chairman Sergei Ignatyev has said the cancellation was the only serious factor that could spur inflation, which is running at an annual 9.7 percent. The government is targeting inflation of below 7 percent this year.

Ignatyev has suggested temporary floating export duty rates to ease the effects of lifting the the ban. Klepach said his ministry was considering the idea.