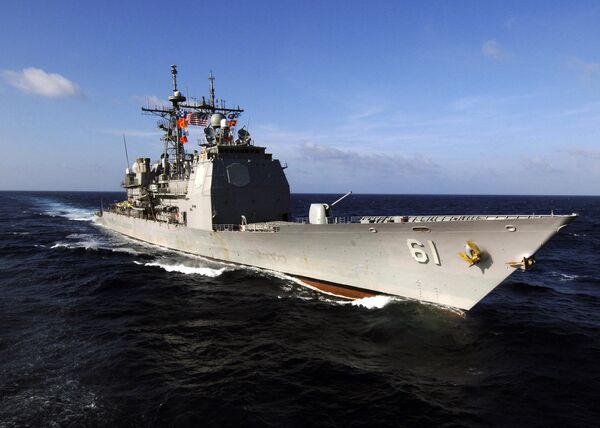 The U.S. Navy cruiser Monterey anchored in the Romanian southeastern Passenger Berth of the Port of Constanta on the Black Sea within the NATO European missile shield project, Romania news agency Actmedia said on Tuesday.

"The cruiser's visit to the Port of Constanta is part of the permanent efforts of the U.S. Navy in strengthening the partnership with the Romanian Navy and of increasing interoperability in the Black Sea area," the U.S. Embassy to Romania was quoted as saying by the agency.

The Monterey is holding its first appearance within the project. It is equipped with the AEGIS air defense system and missiles.

"Moreover, the USS Monterey cruiser is equipped with the AEGIS air defense system that represents the first stage of the adaptive phase approach of the anti-missile shield, an important element to Romania, which agreed to host interceptors within the second phase of the program."

The cruiser will stay in Romania until Thursday.

Russia is opposed to the planned deployment of U.S. missile defense systems near its borders, claiming they would be a security threat. The U.S. is reluctant to provide legally binding guarantees that the system will not be directed against Russia.