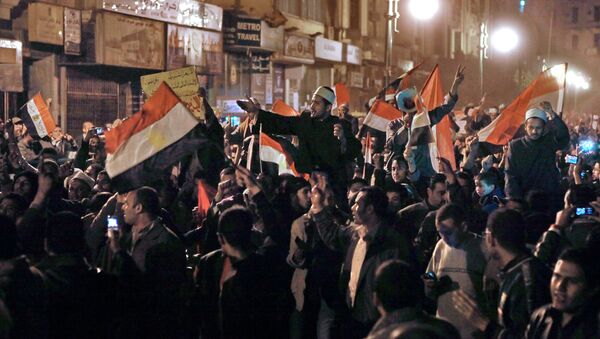 The journalist was interviewing participants in Friday's rally when a quarrel broke out between them, media reports said, quoting the head of the Cairo security department.

The attackers had torn the journalist's clothes to pieces before she managed to call police, the reports said. A police officer who arrived at the site pulled the journalist, who was about to lose her consciousness, out of the crowd and called her a taxi, but he was then attacked himself by the demonstrators, who stole his pistol and radio set.

A local imam reportedly took the police officer to hospital, where doctors described his condition as grave.

Mubarak, who was ousted as Egypt's president amid large-scale protests in February, and his two sons, Alaa and Gamal, will stand trial on August 3 on charges of premeditated and attempted killing of protesters during the unrest. More than 840 people were killed in clashes between Mubarak loyalists and opponents during the nearly three-week-long popular uprising.

The trial is expected to take place in the Red Sea resort town of Sharm El-Sheikh, where the 83-year-old ousted president has been remanded in custody at a local hospital.