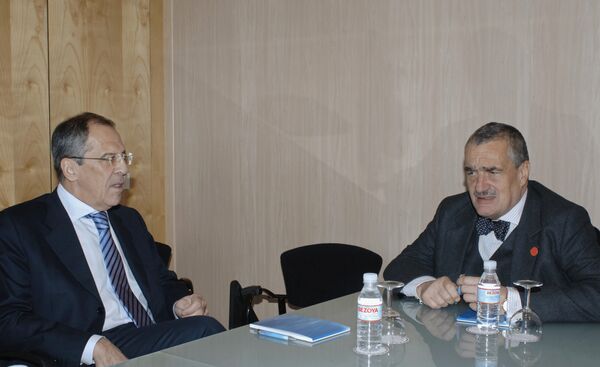 Czech Republic would like to join the NATO European missile shield project, but no practical schemes have been discussed so far.

Czech Republic would like to join the NATO European missile shield project, but no practical schemes have been discussed so far, First Deputy Prime Minister Karel Schwarzenberg said.

"We would be glad to play our part [in the missile defense project]... For the moment, we have no concrete schemes," Schwarzenberg, who is also the country's foreign minister, said after talks with U.S. Secretary of State Hillary Clinton in Washington.

He also said concrete plans may emerge after discussions on the issue by NATO members and between the U.S. and Russia.

Czech Prime Minister Petr Necas earlier said his country was ready to host an early warning radar on its territory.

"We have discussed in detail at the highest levels of our defense cooperation what role the Czech Republic might play if it so chooses," she said. "But that is something that we are in constant consultations about, and we will continue to work toward a mutually satisfactory outcome."

Russia is opposed to the planned deployment of U.S. missile defense systems near its borders, claiming they would be a security threat. The U.S. is reluctant to provide legally binding guarantees that the system will not be directed against Russia.